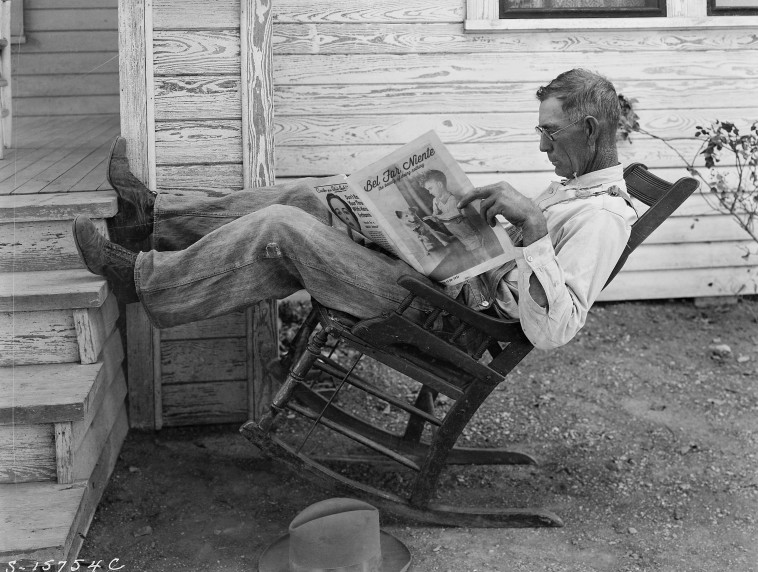 There used to be days on which, even though I was home from the office, I found it difficult to unplug from actively pursuing accomplishments around the house. I am not sure whether my “restless discontent” is in my God-given nature or whether it has been nurtured in me by my family. I don’t know if it really even matters.

My parents were raised during the Great Depression and that experience left an indelible impression on them. As their hardship shaped them, so too I recognize that it has defined me.

Perhaps on the most basic, fundamental level I have been encoded with a number of similar psychological programs.

The messages on the intellectual “tapes” that play inside my mind and spirit speak in hushed tones…like elevator music playing in the background. Some of these messages contribute to my drive, perseverance and desire to do the right thing while others deny me of a credible claim to internal peace and contentment. I’m trying to focus on and be more aware of what they are saying; listening to and tracing how they shape my daily experience of life.

The most influential one among the tracks is the deep seated premise that I must be doing something constructive during all of my wakeful moments in order to be happy. It’s a lie of course, but one that I have given into since becoming a young adult.

My first step in breaking with this destructive thought pattern has been to dismantle the influence that my to-do list wields over me. For the majority of my adult life, I have been ruled by my compulsion for getting things checked of my list. At times, it has bordered on an obsession.

I have been living under the false pretense that reaching the end of my to-do list is actually possible. I have deluded myself by thinking that the day would come when I would sit with my wife and kids, and celebrate the best “to-done” list ever. What a joke…what a lie!

On my free days, I now subscribe to a new paradigm. It is a concept that was first suggested to me by a good friend and mentor. He challenged me to recognize the gift that I could give to my wife, to my family and ultimately to myself if I would only yield to the idea of doing less. Letting off of the gas pedal and just gliding along in neutral for awhile would yield important emotional dividends. My goal is to find opportunities throughout my week during which I can set aside my list(s) and engage in the more subtle aspects of being human.

‘Bel Far Niente’ is now an important touchstone as I resist the self-imposed demands for my attention and energy. Properly employed, ‘Bel Far Niente’ is my version of Mister Roger’s cardigan and white sneakers. It allows me to toggle out of accomplishment mode and into the pressure-less state of staying curiously off-task.

I need to recognize and honor both the sounds and the rhythmic silences of my life. Work and accomplishment are undoubtedly invaluable components of the first-world human experience. However, there needs to be a complimentary influence that intentionally nurtures my balance and focus.

It is fitting that this concept of Bel Far Niente is expressed in a language that I do not speak. It is Italian and translates roughly into …BEAUTIFUL DOING NOTHING.

At first I resisted my mentor’s encouragement to embrace the power and the peace that these rhythmic silences could restore in me; it sounded weak and new-age.

Since that time, I have moved from my initial cynicism through stages of modest resistance and thoughtful consideration, to an all-out adoption of this approach. As a result my life is changing. How powerful it has been for me to recognize the deep balance and renewed focus that comes to me following my resting and recovery times.

Now, I intentionally regulate my personal to-do list while I am at home and I have become increasingly comfortable leaving it stashed inside of my kitchen desk. It remains close for occasional reference, but it is completely out of sight. In exchange, I have significantly more time to focus on soaking up my family. On my really good days, a new tape is playing and its message whispers to me, daring me to fall back into my life.

When I can tune-in I recognize the voice as it speaks to my soul, over and over it whispers…Bel Far Niente!