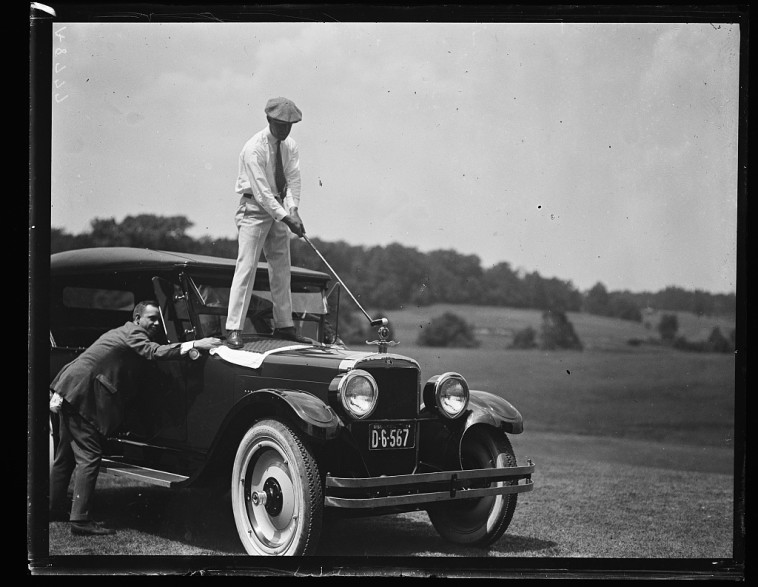 When I was boy, I remember golfing with my father.

He never advanced beyond being a novice in the sport. I am certain that he liked the social aspects of golf more than he did the competitiveness of the game or the need to practice. He enjoyed telling jokes and engaging in banter with friends and family; a round of golf afforded him the perfect chance to do both.

When accompanying my dad for a round it was startling for me to hear the verbal assaults that he could heap on himself. I was often surprised to see how unglued he would become after a poor shot. At times, it seemed as if his verbal filter had stopped functioning or that I had missed his formal first tee-box declaration allowing for the use of certain four-letter words while on the course.

His golf swing was adequate, but it was the mental demands of the game that seemed to elude him. His failure to fully master those demands complicated his half-hearted attempts to improve, especially since golf requires so much intellectual acuity and rigor.

In hindsight, I recognize the flawed mental patterns that my father forged during countless rounds of golf. For instance, he was in the habit of replacing his ball anytime that he was preparing to play a par 3 that involved hitting over water. With uncanny consistency, dad would exchange his newer Titleist DT for a Top-Flight X-Out or a comparable “lake ball” that he had deemed expendable. He would tee-up, swing away and watch with little surprise as his ball would land in the water hazard.

Immediately following his errant shot, the fierce self-condemnations would flow…“I knew that I was going to do that!” or “What a dumb so and so!” or “I always DO that!” Mere moments after his swing, dad would divulge his foreknowledge regarding the certain demise of his shot.

Having finished berating himself, he would quietly turn to me and say, “Son, you ought to hit an older ball, just in case your shot lands in the water.” I know that he was trying to help, but in so doing he was planting a powerful seed of doubt and triggering me to question whether or not I had what it took to hit my target. Powerfully yoked to his thought pattern, success eluded me in golf for a long time.

Several years would pass before I would correlate the questioning of my abilities with my negative results in golf. Not surprisingly, the negative self-talk and self-deprecation affected me in more important parts of my life as well.

My perspectives on golf improved dramatically when I played an entire round with a semi-pro golfer. Until then, watching golf on television was the closest that I had come to seeing someone dissect a golf course and card an even par 72. Having witnessed this remarkable athlete study and anticipate the results of every shot provided me with an important life-lesson. As we approached the 3rd hole, my instinct was to put away my own clubs so that I could take notes during his impromptu golf clinic.

Witnessing his mental discipline throughout the round reinforced for me the value of positive self-talk. The match was a remarkable display of the trust that he had in his own instincts and abilities that were harnessed thorough years of practice.

My father might have dismissed most of what the golfer had to say during our special round as too complicated; after all, my father was just out there to have fun.

However, the man’s mental toughness and athletic display had the opposite effect on me. I was energized and inspired as he modeled for me several foundational golf habits which immediately improved my approach to the game.

More than anything else that he shared with me, his concept of positive self-expectancy had the most impact. I know myself well enough to recognize that my mind activates on my most recent, dominant thought. My body will rarely prevail when my mind is clouded with negative self-talk. Through a sheer act of will, I exchange my flawed thought patterns with those born of the discipline of positive self-expectancy.

Positive self-expectancy is something that I nurture deep within my being. It is important work that is accomplished within the deepest parts of me. Identifying and unplugging the dysfunctional expectations that I once maintained about myself are continuing aspects of restoring my positive self-concept.

Whenever I am intimidated or fearful, I remind myself to breathe deep and think calm thoughts. I remind myself that I have what it takes and this mindfulness inoculates me against the harsh internal criticism and the negative expectations that can sabotage my desired outcomes.

Being balanced and focused helps me to better align my thought patterns to support me and gives me every good chance of achieving the positive results that I have envisioned.