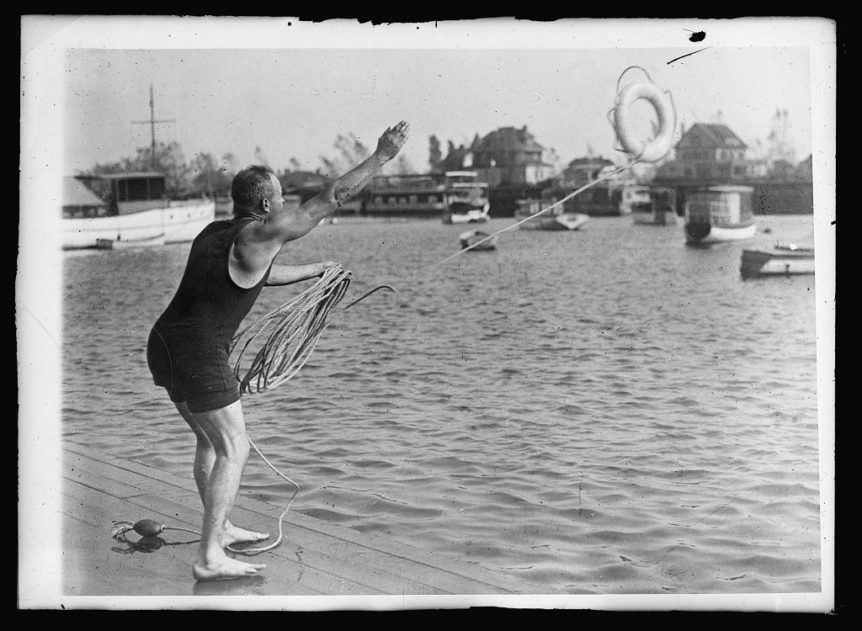 In the past few months, two close friends of mine have lost good friends to suicide. Both victims were middle-aged, outwardly successful guys who were regular church communicants and worked hard to provide for their wives and children. It is difficult to fathom how things could go so wrong in life that a person would choose to abandon loved ones with such brutality and cowardice. Their pain must just be so unbearable. There can be no other explanation for the hopelessness and insanity of their ill-conceived solution to the problems they faced.

Earlier this fall, I was chatting with a good friend and got to talking about his work. He is an attorney and a pillar in our community. He mentioned having recently attended an interesting continuing education course. Due to a dramatic increase in the number of suicides among attorneys, the bar association has been helping promote participation in a program called Suicide…The Ripple Effect.

An increasingly well-known spokesman for the program is Kevin Hines. Kevin is one of approximately two thousand individuals who had decided to end their lives by jumping from San Francisco’s Golden Gate Bridge. He is one of only nineteen fortunates who survived the twenty-five story, four second fall. He crashed into the choppy bay below traveling more than seventy-five miles per hour. He was spotted by the Coast Guard and pulled to safety, at which point he would begin his long road to recovery.

The part of the story that most caught my attention was Kevin’s relating the identical refrain expressed by each of the nineteen survivors. The moment his hands left the railing, he was filled with instant and overwhelming regret. The last thought that crossed his mind was that no one would ever know that he really didn’t want to die! He had convinced himself that no one cared. In time, he would come to discover that almost EVERYONE cared.

He was only seventeen years old when he jumped. He had experienced a very difficult childhood and throughout adolescence, he was suffering immensely from the burden of a severe mental illness. Following his leap, the reunion with his father in the hospital was full of raw emotion. All he could say over and over was, “I’m sorry dad!” His dad’s only response was, “No Kevin, I’m sorry!”

Interesting that both men shared the dominant emotions of regret and remorse. Kevin’s recovery was anything but rosy. He spent the next eleven years in and out of mental institutions as he sought to get control of the demons that were raging from within. He has since paid the price to lay claim to a better life. He is fond of saying, “It’s OK to not be OK; what’s not OK is to fight alone!”

What most resonates with me is the sad fact that in a world in which so few people are ever “disconnected,” more and more people feel that they have been left to face their perils alone. The pressure to appear as if we have it all together, inside and out, cannot be helping either. Revealing the truth about the things that concern us or scare us is becoming increasingly more difficult. Do you have someone with whom you can let down your guard and share the good, the bad and even the very ugly? If you don’t, maybe it’s time to start looking for that someone!

Life is hard to manage without a conscious game plan to combat the daily matrix that works to pull us astray. Let’s face it, it can be difficult to be authentic with all the posing going on within the variety of our social and workplace networks. It takes courage and determination to resist the forces that are opposed to living the life we are called to. There must be more to life than acquiring stuff and living up to someone else’s standard!

When I lack balance and focus, I put an inordinate amount of pressure on myself to perform at high levels. I notice that when things don’t go right for me at work, the ripple effect of those failures can seep into parts of me that have nothing to do with my career. It is sad when I recognize how easy it is for my wheels to pop off, leaving me stranded, wrestling with feelings of self-doubt and disappointment. I wish it were not so simple to be spiritually pick-pocketed…but it is!

Each of us needs to amp up the candor in our relationships and our awareness acumen too. We need to be vigilant enough to have our heart and ears attuned to the people with whom we intersect. Kevin Hines, to whom I referred earlier in this Crux remembers a tourist asking him to take her picture just seconds before he jumped off the Golden Gate bridge. We can become so self-absorbed with swimming our own race that we forget to look out for the people treading water in the lanes around us.

I am fifty years old and have run aground emotionally and spiritually several times in my life. I am no longer embarrassed to admit to having been broken. I can readily think of two distinct seasons within my twenty-seven-year professional career when the career “rug” was pulled out from under me. The experiences bruised me emotionally and psychologically.

Fortunately, I felt knocked down but not out! Important people showed up during these messy times to prop me up and help to get me reoriented on what truly mattered in life. I’m not sure how my life’s trajectory would have fared if it were not for these special individuals. At critical times, these heroes believed in me…enough for the both of us!

In my life experience, I have found that I can too easily fool the folks I don’t know too well. It is more difficult, but I can even pose effectively with my friends and family. The deepest cut though is when I successfully scam myself, losing touch with the most significant parts of me. The lies we tell ourselves are too subtle to be felt until they sneak up on us and become far too strong to be challenged.

If you are scamming yourself, do your best to own up to it and stop it. No matter what challenge you are facing, there is a way off the island. If need be, hold tight to the railing inside of you until someone shows up to help and throw you a life-line. When you lose your way, risk whatever you need to in order to greet yourself making it all the way back to the person you were intended to be.