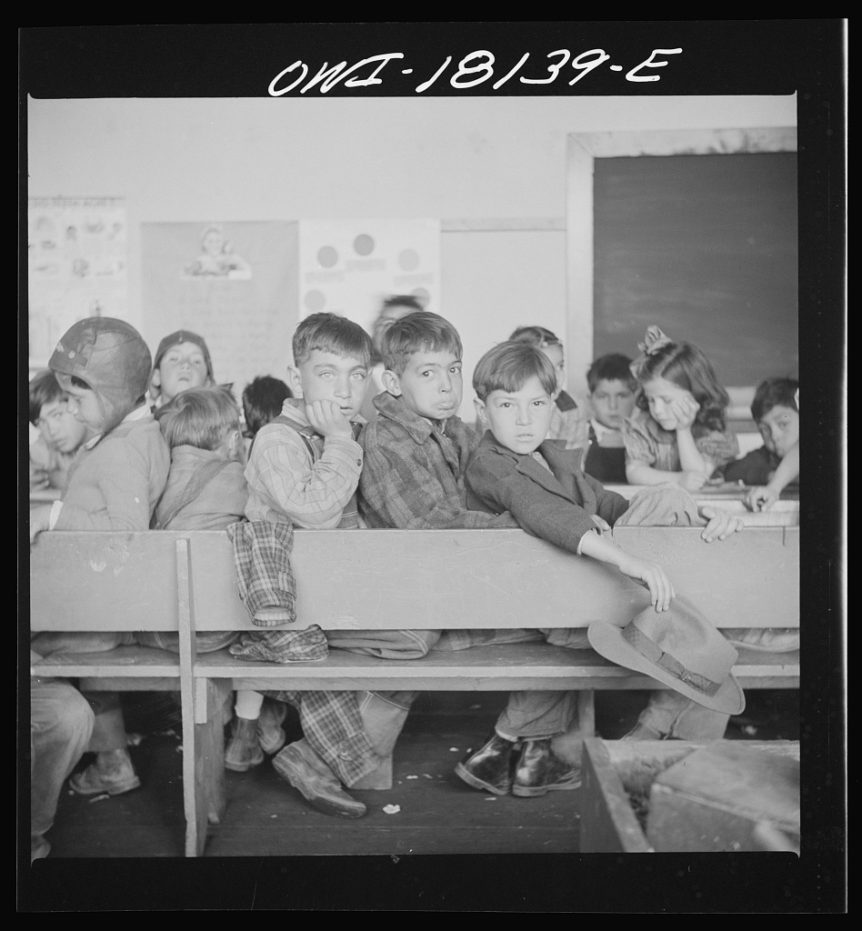 Dad scolds his wife almost every night when he gets home from work. His wife derides their oldest son nearly every morning at breakfast. Their oldest son ridicules his younger sister most every day on their bus ride to school. His younger sister incessantly teases her younger brother on the bus ride home. At home, the younger brother grabs a lighter and tries to light the cat on fire!

I was picked on while in grade-school by a classmate who, at the time must have been six inches taller than I and as mean as a rabid dog. I was in the sixth grade and new to the school. The boy basically held me hostage outside of the cafeteria each day before lunch so that he could pilfer whatever dessert my mom had sent in my brown bag lunch. It was a tough six-months before I built up the nerve to stand my ground and reset the balance of power.

I am the youngest in my family and we didn’t own a cat on which I could vent my frustrations, so I was left to beat up on myself in response to the bullying. Looking back, I wish I had just clobbered the blow-hard. I fantasized before bed each night about dropping him on the terrazzo floor only to have my courage diminish by lunchtime the next day.

Later, as a high school freshman I ran into my sixth-grade nemesis. We were weighing-in before a wrestling match and that was where I spotted him. I couldn’t believe this was the same guy…you’ve probably seen better physiques on a corn stalk.

How could I have let that chump steal so much of my peace that year, not to mention all of mom’s fresh Toll House cookies? That day, I committed to avoid bullies and if avoidance was not possible, I would confront them whenever I met them. My resolve is intact, though I still find myself tempted to kowtow to bullies.

I am amazed how prevalent bullying is these days. My oldest son attends a very reputable private school and admits to witnessing bullying in various forms almost every day. I have shared with him my belief that every bully is just scared. “You always have their number,” I tell him. I have encouraged him to confront the bully, no matter how big he is and stand in close.

I want him to speak to the person one-on-one and whisper, “What are you so afraid of? What happened to you? When were you bullied? By whom? How is it that you think making others feel so small is going to make you feel good? This will never work…never has…never will! Don’t be a coward. You are better than that…I can see it in you!”

I have also asked him to consider going over to those who have been bullied and say, “That guy has no idea what he is talking about. Don’t you take any of what he is saying personally! He is just scared and doesn’t know how else to soothe the pain. He figures that if he can get you hurting, then he might feel a little bit better about himself. Two years from now, this won’t matter. Stick together with a few good friends and hold on. Good will win. You are good and don’t ever forget that. Promise me that you will remember Whose you are!”

I’m eager to learn of how this goes when Jude first employs this strategy of “outing” the bully. I hope that he paraphrases it and makes it his own. I’d even be OK if he spiced things up by throwing in a few mild-curse words and a pejorative or two. Whatever happens, I hope he speaks from his own heart. Reaching out to the bully’s victim, I hope he communicates that he also knows the sting of emotional barbs. I hope that he is inspiring and offers good advice on how to best soothe the emotional bruises and hard-knocks.

Bullying is escalating all around us. If we don’t pass back this emotional trash, we are in danger of passing it on. Eventually, untold masses will be hobbling all around us with their wounded hearts and broken spirits. More people of all ages are being tortured and thereby risk becoming torturers.

It is frightening finding that those on whom bullying is perpetrated become the biggest perpetrators. We’d prefer to think that individuals who have endured and survived abuse could stop the cycle. We’d hope they could find a way to end the dysfunction on their watch.

Each of us must stand up and find our voice. We must have zero-tolerance for the people who bully or intimidate us. In the introduction to this week’s crux, every person would have been far better off had the husband redirected his frustration to those who deserved it before coming home. At all costs and on deep personal levels, we need to ensure that the frustration we feel in various situations doesn’t pile up. If we don’t, what boils inside of us risks getting dished out as misdirected abuse to the folks who really don’t deserve it.