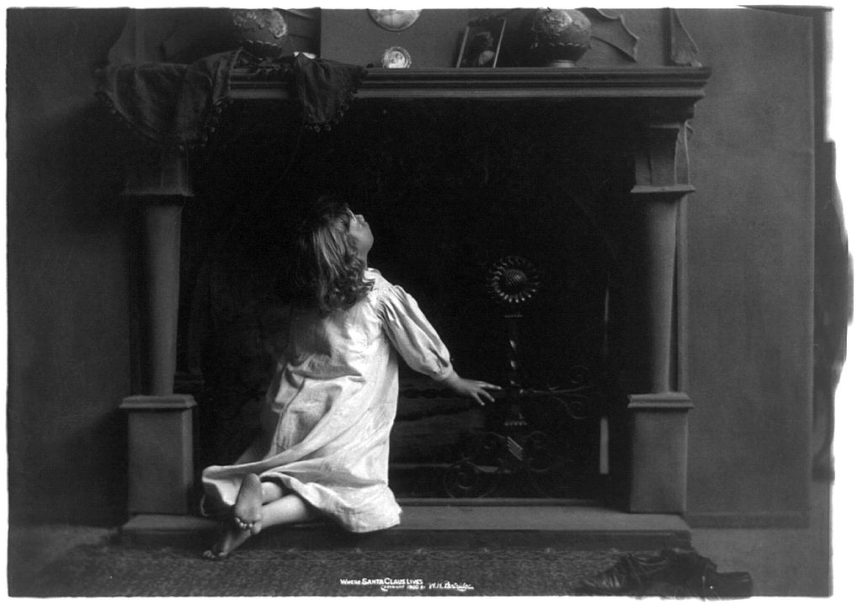 “A thousand times in history a baby has become a king, but only once in history did a king become a baby!”

Imagine that it’s your birthday. You arrive at a big party that is being held in honor of your natal day. You wonder who is in attendance and you are excited to celebrate with them. Not long after arriving, you begin to feel a little uncomfortable because barely anyone acknowledges you being there. As it turns out, you spend the entire party watching others exchange all of the packages and gifts. In the midst of it all, despite being the original reason why everyone gathered in the first place, you are wondering what happened. Unexpectedly, you make peace with it. You had hoped that the revelers would have fun and you are glad that they enjoyed your party.

Because of our humanness, we can appreciate how painful the experience of being overlooked in this manner would feel. Because God is a pure spirit, it is best if we do not project our own human emotions onto Him. Yet, I do think that it is profound when considering just how out of proportion and alignment our celebration of Christmas has become. In many ways, we have allowed consumerism to pollute and distort our celebration of the anniversary of humanity’s great rescue.

By comparison, Mother’s Day, Father’s Day, the 4th of July and Thanksgiving are fairly straightforward holidays, since on each of these days we actually acknowledge and celebrate the happenings, virtues or victories involved when they were first conceived. When it comes to Christmas and Easter, the original meaning and reason for our memorial have become vastly distorted. I have little doubt that the overlays of gift giving and hunting for Easter baskets began innocently enough, but of late, I am left feeling like the woman in the old Wendy’s commercials…while surveying what has become of the broader Christmas celebration and tradition. I’m left to wonder, “Where is the beef?”

God’s ways are a mystery for sure, however Jesus is a historical figure whose birth was foretold thousands of years before his Nativity. His existence in human history cannot be denied. What continues to be debated is whether or not He actually is who He said He is. If God had asked me to consult on when best to enter humanity’s timeline, I surely would not have suggested that He pick the time that He picked. I would have recommended that He make a bigger splash, waiting a few millennia in order to harness the ubiquity of Facebook or at the very least, appear when there was a reputable portrait painter from mere centuries ago who could render a life-like scene or two for posterity’s sake.

Quite to the contrary, the Mystery entered history relying almost exclusively on the eyewitness accounts of novices. A team of “anybodys” who had no stature and no credible platform. The stewards of the greatest story ever told were mostly a motley group of first-timers, bystanders who, on the surface appeared completely unqualified for the roles that history would require of them. Fishermen, shepherds, prostitutes, thieves, the blind and the lame as well as tax collectors were those who were tasked with carrying the message of salvation forward.

I remain incredulous when reminded that the angels spoke first to sheep herders. They were the first-responders to the scene of Jesus’s birth. Remember that in those days, sheep herders were in a lower social class than prisoners. The second set of visitors were the wise men, foreigners who risked it all to follow a star. What was God thinking?

Mary riding for days on the back of a donkey; traveling across foreign lands with little to no provisions, giving birth and relying on the breath of livestock and straw to keep her new born warm. Add to the plot-line that a madman had sent others to hunt down and murder her son. Could keeping alive the savior of the world have been more harrowing? Do we let this remarkable story come to life for us each year…this year, or have we become distracted and cynical amidst the wonder?

Emptiness and disappointment in response to an Amazon-laden Christmas can be a good thing if we allow it to lead us to discover or rediscover the historical account that inspired all of this gift-giving in the first place. The tapestry of mystery and history is what offers Christmas its texture. Appreciative of both of these threads, I am humbled and awestruck to be both witness and recipient of The Awaited again this year.