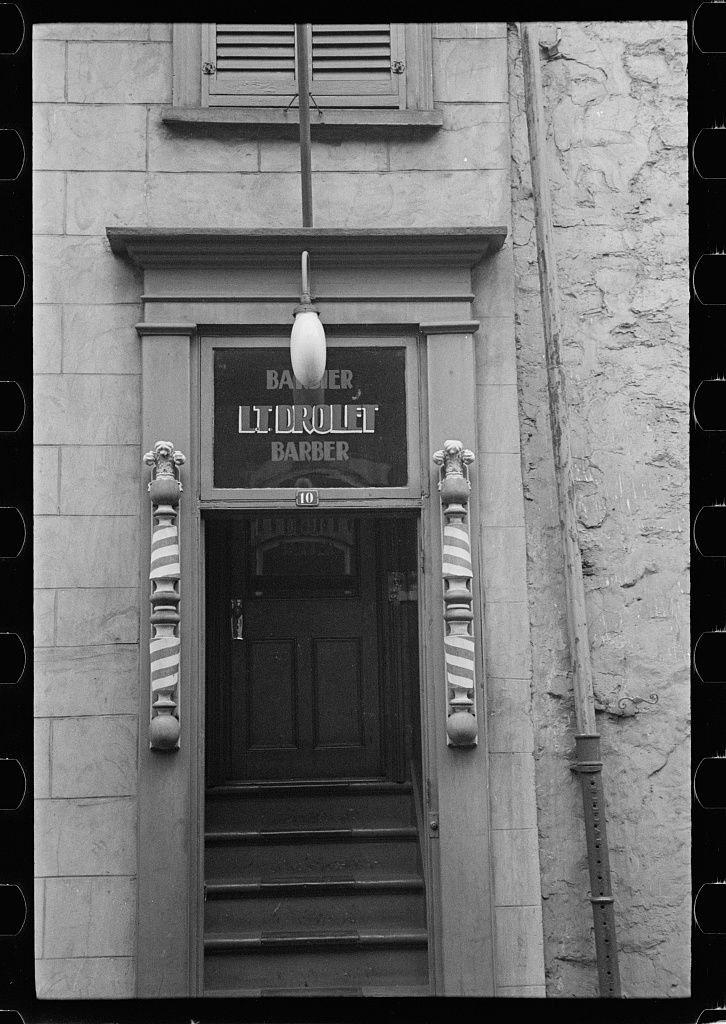 In a world full of copycats, risk whatever you need to to be an original!

Have you ever done something that you thought was a “slam-dunk,” great idea at the time but with the benefit of hindsight, turned out to be not your best move? It’s a terrible feeling when you realize that a decision you made failed in an epic way. What can be even more difficult is the tendency to critique yourself and pile on with contempt and judgment for the blunder.

When I was in the 8th grade, all the boys in my homeroom class, there were fifteen of us, agreed to get a burr haircut over the coming weekend. At the time, the only people with burrs were either in the Army or incarcerated. Not sure who suggested the idea of getting shorn at first, but it caught hold and we all left school that Friday committed to visiting the barbershop. After a focused negotiation with my mother, she agreed and took me to the uptown barbershop for what amounted to five minutes of shearing. When the guy was finished with me, I looked like a fuzzy light bulb.

The moment I stepped off the bus that Monday morning, I sensed that the “Friday Plan” must have met with some opposition at my classmates’ homes. I saw several of my buddies with their locks still untouched. As it turned out, I was the only boy who followed through with the game plan. At first, I felt duped and mildly betrayed. There would be little chance of my “blending-in” anytime soon with my classmates. Nature would have to run its course and restore my hairdo in due time.

It was a great opportunity for me, at a young age to become comfortable standing out and apart from a crowd; standing firm with my decision, regardless of the outcome. If only I would have learned the lesson then and on-boarded its meaning in 1980. I would have been the better for it as would so many other people with whom my life would intersect in high school and college.

No one would debate the powerful cultural and social riptides that drag us into deep and unfamiliar waters, away from the people and things that matter most to us. Recently, a thought occurred to me, what if someone asked me the following question, “If you could come back and live the life of any other person in history, who would I choose?” What struck me was the deep sense I had that if I chose someone other myself, then there would be a problem with how I am living my life.

There has never been another me or you in history; nor will there be anyone exactly like me or you again. You have been born at this time in history for a very significant and important reason. I promise you that there is only a slim chance of your discovering what that SPECIAL THING is if you are trying to be like someone else.

Do you blend with the people with whom you work? How about your friends, do they sense something different or distinguished about you? Are you chasing down someone else’s dream or are you in hot pursuit of your own? In this fast paced and frenzied world, we can become numb to the path we have been called to follow.

An early mentor of mine offered me the following pearl when I was just 21, “The easiest way to choose the right way to go is to find the direction everyone else is moving in and run full-speed in the opposing direction!” It was true in 1989 and it has gathered more relevance today. So many individuals are going with the flow that it can be nearly impossible to move against the grain.

There are some risks when we stand out. It’s sometimes a lonely road and there are aspects of it that can hurt and make us weary. Don’t ever think that being original means you must be weird of different for different’s sake. Do look for opportunities in which you can listen to the still small voice that says, “Stand this post!” or “Be bold and courageous!” or “Take the risk and be yourself!” Avoid blending-in when to do so insults your intelligence or conscience.

It’s rarely this dramatic, but when I think about going against the grain, I think of Captain Chesley “Sully” Sullenberger who in 2009 landed his US Airways flight 1549 on the Hudson River. Despite what he was told by the “experts,” he followed his gut and landed his Airbus A320 in the middle of the Hudson River, saving all the 155 passengers on board. I’m betting that by the time of the now historic flight and landing, standing out seemed like old hat to Sully. If we were to look back over the course of his life, I have the sense that Captain Sullenberger was running in the opposite direction most of his life.

A hidden risk of our choosing the lonelier road of originality is that there is always a chance of becoming prideful. We can become sanctimonious and judgmental, believing that we are somehow superior to others. If this happens, we have fallen off onto the other side of the right road.

Think about it tonight. In solitude, ask yourself the tougher questions and wonder out loud whether you are becoming the person you were meant to be. Examine your life. Live your one life so that if someone were to ask you who you’d like to be if you came back to Earth a second time, the answer would be an easy one. I hope you would say, “I would come back as me…of course!”