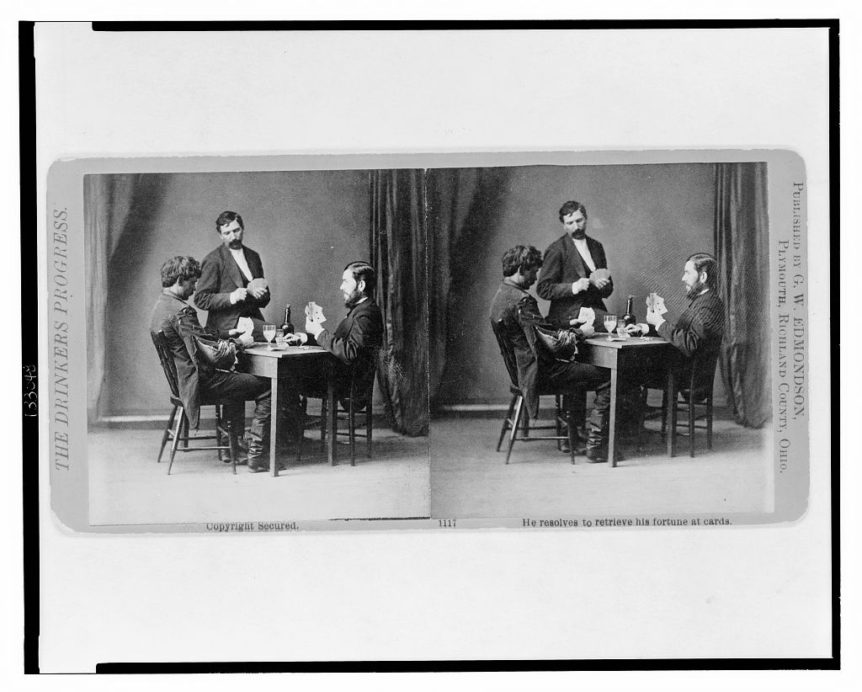 There is a cute story about a man who wanted to have his grandfather clock serviced. When he heard how much it would cost to have the clock picked up and returned to his home, he decided to transport his prized piece to the clock-maker himself. He parked his truck about a half a block away and got himself into position to bear hug the clock and lug it to the repair shop. When halfway there, a drunken man bumped into him, almost causing him to lose his grip while setting off a loud clang of the clock’s chimes. The man lashed out at the drunk exclaiming, “Why don’t you watch where you are going?” Through the haze of his intoxication, the offender quickly shot back, “Why don’t you wear a watch like everybody else?”

If you know someone who struggles with an alcohol or drug addiction, then you know that they see things differently. Yet, isn’t each of us coping in some aspect of our life? Don’t each of us have a weak spot where our capability or resolve eventually wears thin? When life gets overwhelming, some of us are prone to slip into the well-worn rut of self-medicating our disappointment with alcohol or drugs.

Roger has spent more years of his life being sober than he had spent using alcohol and prescription medications. His recovery is a miracle and has paradoxically left beautiful marks on his life and his personality. To be around Roger is comforting; his presence makes others feel more buoyant and free to tell their own stories of pain and recovery.

Surprisingly, by the time that he was twelve years old, Roger was already using a variety of substances to medicate himself. His mother and father had brought the term “functioning alcoholic” to a whole new level; most times they were either drunk or hungover. Following in the hollowed-out footsteps of his parents, Roger had concluded as a young adult that play-acting through life would be the most he could hope for. Adding to the crazy dysfunction, his mom and dad were ardent Protestants, so their hypocrisy drove a deep wedge between Roger and a life-giving relationship with God. Over the course of time, a growing distrust of religion distanced Roger from a path to safe passage off his island of emotional turmoil.

Roger’s brain was swimming. He was 27 years old and on the verge of a major breakdown. He realized that he could no longer hold it together. The alcohol and drugs were taking their toll on his mind and body but still he could not stop. His resting state was one of restlessness and high-anxiety. He could no longer control his temper. He had scant contact with loved ones to avoid the possibility of being called out on his addiction. He was alone and had no one that he could trust to help save him.

The alcohol and drugs no longer worked; bankrupt, Roger sought help from others who had quit and rebuilt their lives. The first step was to stop using. Once the anesthesia wore off, Roger was forced to deal with the anger that had fueled so much of his earlier dysfunction. He discovered that he had stopped maturing emotionally and spiritually while he was abusing alcohol and drugs. Honesty evaded Roger and sometime during his early adolescence he had on-boarded the belief that telling the truth was either inadequate or ill-advised.

He would need to mature dramatically to be successful in his new approach to relationships. He decided to surround himself with authentic people; the type of people who would hold him accountable and mentor him. Alcoholics Anonymous meetings became his touchstone to a new reality. Time set apart with other individuals who were in recovery helped him to peel away the layers that covered his authentic self.

“In the early days, attending meetings was transformative. The group provided me a beacon on which I could set my coordinates to the person who I wanted to be. At some point, the reason for my going to meetings flipped from my learning how to live without my addiction, to my simply learning how to live. I was tossed a lifeline and given a blueprint to live my life out loud…as an exclamation rather than an explanation.”

“Before long, I was no longer traveling with an overnight bag in my backseat and a mini-bar in my trunk. I felt as if I had joined humanity for the first time. I was stubborn and a major hold-out when it came to surrendering to a Power greater than myself, I fought it for years. Then one day, I was given the cumulative grace of countless desperate moments. I hit a low point that was so profound that I finally turned, without reservation to hand my life back to its Source.”

“My recovery now has far less to do with my outsides. These days, I am focused instead on the way my insides are developing. When I find myself cooking in my own mental stew, as I am prone to do, I step back and make for myself a gratitude list. This simple hack forces me to get out of my own way and reorient my state of mind.”

“I seek daily to deepen my relationship with and reliance on God. As a result, I am hopeful about what the future holds for me and my family. After all these years, I maintain a healthy fear of my disease. Alcoholism works overtime and I know that it can ravage a soul in no time flat. By grace, I am learning to yield throughout my day, so that I can stop my irrational fears and thoughts before it is too late. I remind myself that I don’t have to be crushed under the tyranny of substance abuse. There is a better way to live that I may never have recognized without the long, dark nights of living in spiritual captivity.”

Our bodies do not have a CHECK LIVER LIGHT and drinking excessively or abusing drugs has become socially acceptable to the point that we can lose track of when we cross over a line. We should all be on guard to avoid trading in our authentic selves for a blurred, second-rate version of who we are intended to be.