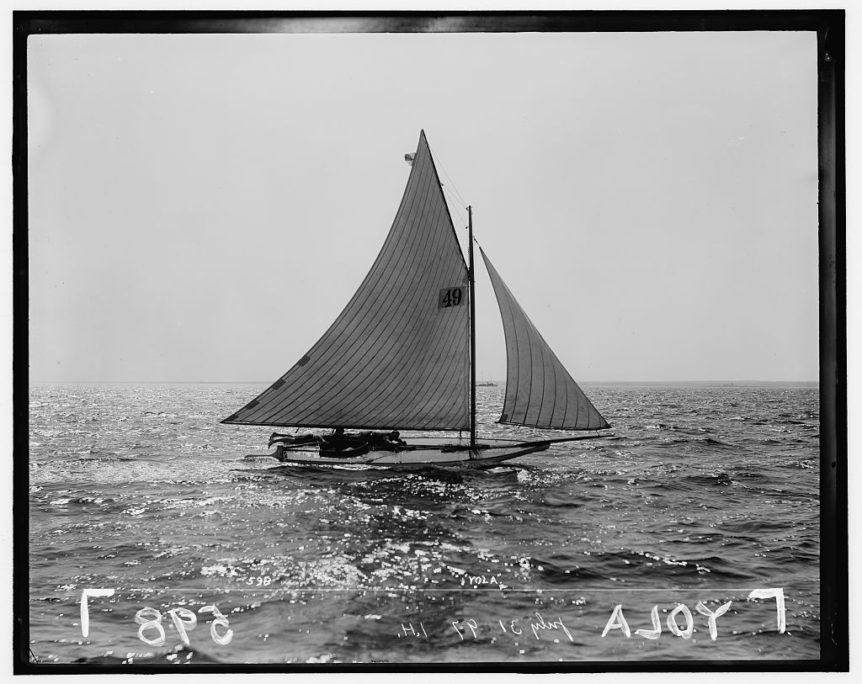 “I really only love God as much as the person I love the least.”

A man and his son befriended a boy from their neighborhood whose father had abandoned him and his mother. His mother was devastated, trying to cope and make ends meet while the boy grappled with the reality of finding his way in life without the influence and support of his father. With the best of intentions, the father and son wanted to extend their own reach to see if they could help the innocent boy caught in this unfortunate situation.

They decided to include the neighbor boy in their weekend sailing trip to Lake Michigan. They extended the invitation and the boy accepted. They hoped that the outing would be an opportunity to grow closer to the boy.

They arrived at their favorite campsite the following Friday, set up their tent and went down to the marina to get their sloop into the water. Everything was set for sailing the next day. It was going to be a great on the lake!

Back at their campsite and around the fire, the neighbor boy confided in the father and son. He admitted to having completely lost his way because of his father’s absence. He could not yet come to grips with his devastating loss. He’d come to believe that he was likely the reason for his father skipping out on the family.

There were really no words that could console the boy; parts of him were battered and torn in two on the inside. Toward the end of his story, he even wondered if the world and his mom would be better off without him. The father and son were grieved by the boy’s tale of woe and the deep pain that bubbled up from inside of him.

For both of them, it was an extended night of non-judgmental and empathetic listening. No answers or quick fix-it’s, just a solemn recognition of the soul-infection growing inside this innocent bystander. He was collateral damage in a war his father had lost. The broken arrow that pierced the boy’s soul left him with neither a rudder nor a credible destination to which he could navigate.

The next day, they got an early start and spent most of the day working the Bermuda rig and helping their sloop leverage the winds out of the north. The boy was impressed with how capable the father and son team was at sailing. “These guys really know what they are doing,” he said to himself a few times, feeling grateful for the experience.

As they were about to call it a day, an afternoon storm that had been looming in the distance rolled in and enveloped them in what seemed like an instant. Large waves tossed the boat side to side and the father and son did their best to lower the sail but the boom quickly gave way and tossed all three boaters overboard.

Popping up out of the water to scan for the two boys, the father noticed that his son landed almost fifteen feet to his right while the boy landed about twenty feet to his left. The father would have to make a split-second decision…who should he swim to first? Almost immediately, it was made clear to him…. he would go for the boy! He believed in his son and knew he was capable and well-fortified with the experience, good-judgement and resolve he had instilled in him. He trusted his beloved son and counted on the fact that he had what it took to survive the tumult.

The boy was struggling just to keep his head above water. Without decisive action, the boy would likely perish in the swells and the sudden bite of the pop-up storm. With efficiency, the father angled for the young man…reaching him just as he was about to succumb to the elements.

As quickly as the storm blew in, it blew over. By now, the father, son and boy were all huddled together and clinging to their capsized sailboat. They wondered how it all turned so quickly and gave thanks for having been spared.

Two decades later, in a small church in northern Michigan, a minister retold this story with a unique sense of passion and clarity. From his retelling, it was as though the man himself had been there that day on Lake Michigan! Sensing the suspicion of the congregation, the minister asked, “Are you curious how I know this story so well, down to every last detail?” The crowd nodded in near unison!

“It’s because I am that boy! It was I who was rescued that day on the lake by the father and the son. It has been my prayer every day since my rescue that I could someday be half the dad that the father didn’t have to be!”

I have often admitted that it is easier for me to love the beautiful people, the talented people, the people who have it all together inside. I must ask myself more frequently, “what am I doing for the impoverished around me?” Most Americans are not poor materially, but so many are underprivileged spiritually and emotionally.

The poverty can also be within our own family. We can unwittingly abandon our spouses, sons and daughters when they need us the most; tempted by the mistress of our work, hobbies or just self-absorption in the things we deem important. It is easy to be cast overboard if we don’t stay attune to the “swinging booms” in our own lives.

Resolve to look-out for those who are hurting throughout your day. Toss them some hope or swim out after them to let them know their life matters. What we send out comes back to us. Model this kind of love for your family and friends so that more of us will know how to save a life!