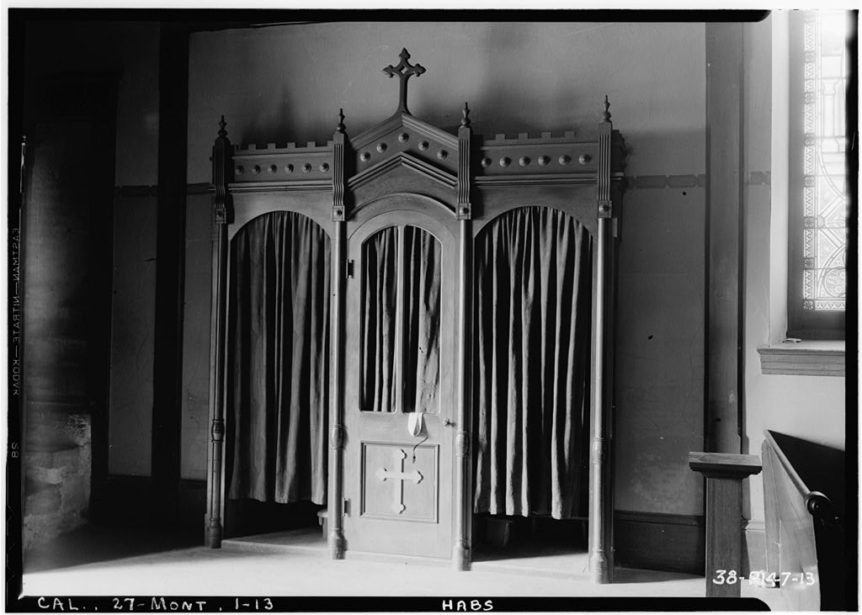 There is a cute anecdote about a seventy-five-year-old, semi-retired executive who decides to go to Catholic confession during his lunch hour. Settling into an unfamiliar confessional, he begins telling the young priest that his forty-two-year-old secretary has been making overtures toward him and pressuring him to engage in romantic entanglements. The priest asks the man if he has in any way done anything immoral or encouraged the woman’s blatant pursuit. He promises him that her advances have been unsolicited and assures the priest that the whole experience has caught him completely off guard.

Thinking the man is innocent and maybe a bit delusional, the priest absolves the man and gives him one Our Father as a penance. The man embarrassingly admits that he does not know the Our Father. So in disbelief, the priest hastily prescribes three Hail Mary’s. Again, the man confesses to not knowing how to recite the Hail Mary either. The priest, by now totally exasperated chastises the man and asks how he can claim to be a Catholic without knowing two of the most basic tenants of the faith.

The man sheepishly concedes to the priest that he is actually Jewish. The priest recoils in bewilderment and asks the man in a firm but hushed tone, “I am sorry kind sir, but why are you telling me all of this if you are Jewish? Just then the man burst out and revealed to the priest, “Telling you father? I am telling everybody!”

At times in my life, I have also been guilty of “telling everybody” about some exciting news in my life. I recall being fresh out of college and deciding, somewhat impetuously that I was ready to buy my first NEW car. As I pulled away from the Kings Toyota lot that day, I was convinced that I had arrived.

Over the next three days, I must have logged 1,000 miles on my new Camry, merely driving around showing my new wheels to everyone whom I knew. It didn’t take long before I got sick and tired of my new car “dog and pony” show. The excitement wore off and in time, I grew tired of retelling the story and “showing off” my car time and again.

As a result, I learned an invaluable lesson early in my adult life…in time, each of us becomes tired of telling our stories, good or bad! It is unreasonable that we work so diligently to keep all of the bad stuff inside; bottled-up for our own psyches to distort and malign. At the same time, we parade around and share only the good stuff for all to see and hear.

I am still learning that this approach is completely upside down. I should be sharing an equal number of the parts of my story that frustrate, disappoint or embarrass me so as to release their steam and control over me. At the same time, this transparency will give others permission to be more authentic.

Personally, I am not a big advocate of telling everybody about the shortcomings known only to me. People are neither ready for the burden, nor are they able to keep themselves from making rash value judgments about me. In my life, I rely mostly on my wife, a favorite priest and a handful of other special people to help me decompress from the build-up of the things that I can carry inside. There is a brilliance in confessing the dark parts that get stowed deep inside. Opening up can break spiritual and emotional log-jams. In time, the dark gives way to the light. Once it breaks in and takes hold, I have found that the light always wins!

Beyond the heavy veil of my secrets is freedom and the joy of being known! Forgiven, I can better align my daily efforts with the very best of my intentions.