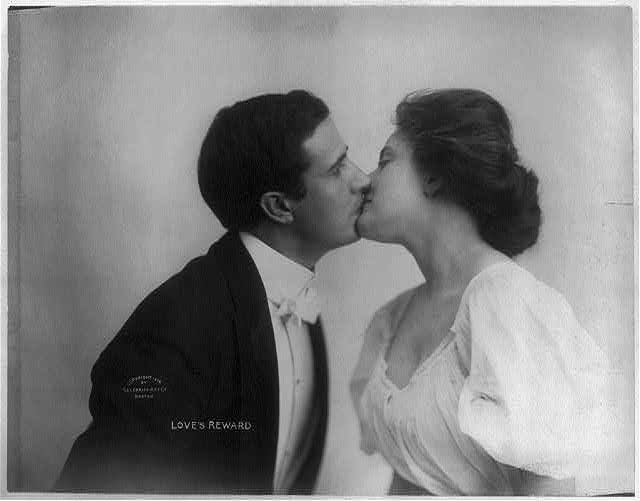 “Most of us are tiptoeing through life so that we can reach death safely. We should be praying, “If I should wake before I die. . . .” Life can get away from you.”

When I was about twelve years old, I remember reading a story in a Reader’s Digest magazine and it had a particularly profound impact on my young mind and soul. It was a story about a man and woman and how they were struggling to rekindle their relationship while in a marriage that had become stale and lifeless. To this day, I am unsure as to why the story touched me so deeply. I was years from walking down the aisle myself and I was having little luck in the pre-teen relationship department.

Since that time, I have searched for the article on numerous occasions but have been unsuccessful in my efforts. I will do my best here to provide an accurate retelling from memory.

One Friday afternoon, a husband arrived home early from work. It shocked his wife because on most days he worked late into the evening. He walked in to the house and immediately complimented his wife on how neat and organized every thing looked. “What smells so good in the kitchen?” he queried, nearly taking his wife’s breath away. Maybe he is on drugs she thought to herself.

Later that weekend, while balancing the checkbook he noticed that his wife kept track of nearly every check number, payee and amount in the register. “Wow honey, thanks for trying so hard when recording our checks…you were almost perfect this month!” The wife’s anxiety grew. What was her husband up to? What had gotten into him? Perhaps he had been drinking. The following week, while checking out at the grocery store she was struck by the special care that she took to get the sales transaction exactly right in the check register.

The following Saturday, the man and his wife went to lunch at one of their favorite restaurants. It had been one of their favorites since their days spent dating many years ago. After lunch, he gave her a beautifully wrapped package which marked no particular anniversary or hallmark holiday. When she opened the package to find a beautiful yellow sweater, she gasped and asked “John, this is so beautiful, why did you go to such trouble and expense?” He replied, “Because Mary, you need to know how important you are to me. I am resolved to remind you more often of just how special you are to me!”

The following month, John and Mary went on a trip to the beach for their anniversary…just the two of them for the entire weekend. They were like newlyweds. John was opening the door for Mary wherever they went and Mary was telling John how lucky she felt to be his wife. They kissed and hugged all weekend as if their marriage was brand new.

On that Sunday morning, while John and Mary were walking along the boardwalk after having watched the sunrise, panic struck deep inside of her. She began to put two and two together. “John, I think that there is something that you are not telling me. Last month I had a number of tests done at the doctor’s office. Did they call you with the results? Maybe the reason that you are being so nice to me is that you know something that I don’t. John, be honest with me, am I dying?”

John’s reply was loving and deliberate, “No sweet Mary, you are not dying… it’s just that I am finally learning to live!”