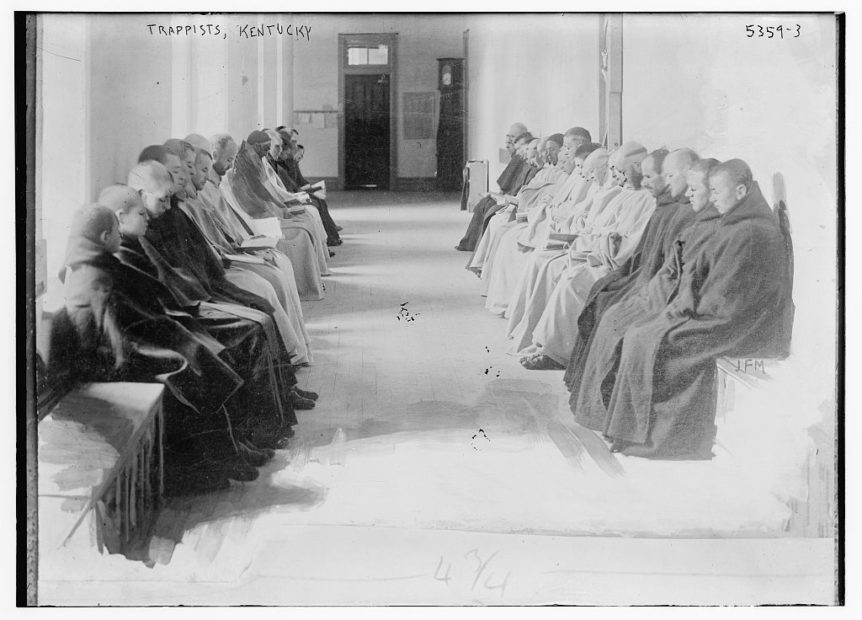 – lyrics from The Human League

There is a cute anecdote about a young man who decided to enter a cloistered monastery and begin his training to become a religious monk. It was after careful thought and serious consideration that he entered and agreed to embrace a stoic and solitary lifestyle. He would be required to adhere to rigorous spiritual disciplines and adopt an austere lifestyle.

He was told that he must refuse to speak to his fellow monks and the occasional visitors to their holy grounds. Each year, on the anniversary of his having joined the community, he would be permitted to voice his concerns. This opportunity came with the caveat that his comment would be limited to only two words. He felt sure he had the personal rigor that would be required of him, so he took the leap and joined.

At the culmination of his first year, when given a chance to voice his concerns, his response was “bed hard;” on his second anniversary he relayed “food lousy.” By the end of his third year, he intoned, “work monotonous.” Feeling as though his commentary was largely ignored, by the end of his fourth year the would-be monk exclaimed, “I quit!”

Upon hearing this, the rector of the community upbraided the now exiting novice, “IT DOESN’T SURPRISE ME…YOU HAVE DONE NOTHING BUT COMPLAIN SINCE YOU GOT HERE!”

I consider myself to be a generally upbeat and positive person. I like to encourage others and I work hard to offer positivity in believable doses. Having said that, I find it increasingly difficult to do. Time starvation makes it harder than ever to stay grounded in the things that matter. Our patience is often put to the test and if we aren’t careful, the veneer of the most positive individuals on the planet can crack and reveal the molten nature of our chipped humanness.

Unlike the would-be monk, we can adopt different strategies for a winning approach. If we are not tending to the following list of basic needs, we are bound to eventually endure a certain and painful crash.

1) Quality sleep…usually 6-9 hours
2) Eating right…think about what you eat as fuel and not fun
3) Meaningful work…most of us need to tie what we do for 8-10 hours every day to a deeper yes
4) Loving relationships…we desire intimacy and connectedness with our spouses and family
5) Exercise…exertion and muscle confusion keep us growing; objects at rest make a slow fade
6) Silence and stillness…more frequently we must tune out the world and listen to the still small voice within. We will never find the time for this, we need to make the time
7) Downtime…the time we waste is not always wasted time; unplug

Personally, when I discount the limitations imposed on me by my humanness, I become little more than a cranky and jaded complainer. St. Augustine suggested that grace builds on nature. The schedules we keep and the demands that we place on ourselves throughout the day are unnatural. There is far too much to manage these days…technology, the endless flow of information and the fear of missing out are crackling through each of us…all day long.

Stepping back in order to legitimately refuel and recharge is the best shot we have to escape becoming burned out and spending precious time complaining.