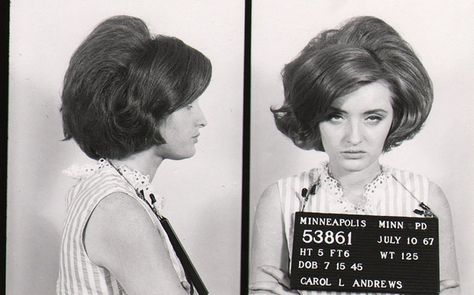 I thought that it was as provocative then as I do now.

Recently, while pulling in to, of all places the church parking lot, I was reminded why someone would want that bumper sticker on his car.

Imagine the scene involving a couple of folks who were running late for the early weekday mass.

I was already parked and walking into church with my wife when we noticed a driver struggling mightily to get her car parked.  We stepped out of the way and despite her many back and forth attempts, she was having trouble getting her luxury car between the 2 yellow lines.

A gentleman whom I recognized waited patiently in his car during her many gyrations.  He needed to get by her so that he could park his car in the handicapped spot that is located a bit closer to the entrance. It takes him longer to get in to the church since he is paralyzed from the waist down.  I am amazed by his resourcefulness; he has always declined any assistance that I offer him.  I no longer ask…knowing that he has his system down pat and likes handling things by himself.

Back to the story: after at least five attempts the frustrated driver got her Cadillac parked.  Right then, believe it or not, she rocketed out of her car, huffed and puffed over to the other man who had finished parking his car and was now focused on getting his wheelchair ready.  Surprisingly, she barked at him for being too close to her while she was trying to park in her space; his face could barely conceal his disbelief.  He didn’t know what to say.  I wish he’d known I was ready to defend him with the “perfect” response had he only presented me with the opportunity.

In a flash, the irate woman turned condescendingly, and shuttled past my wife and me grumbling aloud…IDIOT!

Initially, I was shocked… dumbfounded was more like it.  We quickly made our way into our seats for mass.  Mentally, I wandered off for the next ten minutes trying to understand how that woman could reconcile her mean spirit with her effort to attend mass.  What was she feeling when she heard the holy words read aloud?  With perfect timing–the gospel message for that day was extolling us to avoid hypocrisy and hardheartedness.

Then, almost instantly I turned inward and rather than continuing to judge her, I chose instead to remind myself how busyness, fatigue and feelings of inadequacy can sometimes cause me to be less than kind.

I have come to believe that mean people don’t suck.  Instead, I’m convinced that MEAN PEOPLE HURT.  They are self absorbed for sure, yet they are doing the very best that they can with the resources with which they have been equipped.

I am grateful for the lesson.  It is easy for me to love the beautiful people, the popular people, and especially the people who love me in return.  What still challenges me most days is the acknowledgement that those who deserve my love the least…probably need it the most!  Regardless of whether or not they deserve it, mean people are hurting and my loving response may be the only positive influence that they ever encounter.

It is hard for me to keep this lesson top-of-mind; it is radically opposed to my natural inclinations.  But since I want to be my very best self, I need to minimize the effects of hurriedness and the other pressures that deplete my spirit.  As a result, I will have a deeper emotional reserve to confront the meanness that spills into my day. Grounded more firmly,  I am able to stay balanced and focused enough to avoid hurting others by retaliating with equally negative words or deeds.