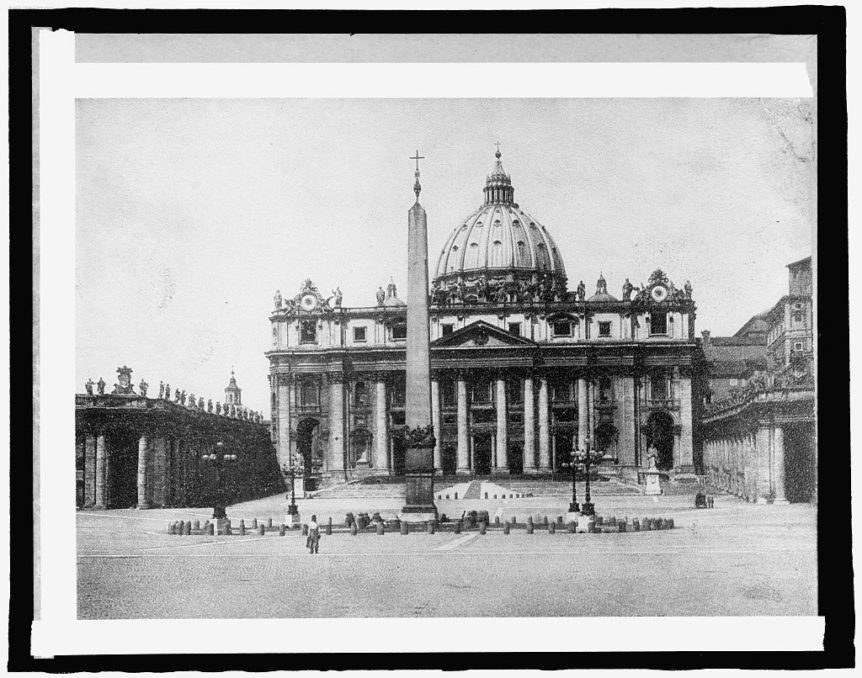 After a few years of being happily married, a young Irish couple was eager to welcome children in to their life. Both Sean and Coleen came from big families and as a married couple, thye hoped for the same result for themselves. With every month that passed, Coleen became concerned that she may not be able to conceive.

The young pastor at their parish, St. Patrick’s was aware of their concern and growing frustration. In the springtime, he was travelling to Rome and upon doing so, he promised the young couple that he would light a candle at the Vatican and offer a prayer that Coleen would become pregnant. That young pastor’s name was Fr. McGregor.

When he returned to St. Patrick’s, he shared pictures with Sean and Coleen, particularly the one that he had taken of the exact candle he had lit for their holy intention. He left the picture of the candle with the couple and said a short prayer with them before returning to the rectory.

A few weeks later, he received word that he was being transferred to another parish, St. Brigid’s. He was saddened to leave this especially rewarding assignment.

Over time, he lost touch with his former parishioners and settled in to a rich life at his new assignment. To his own astonishment, nearly fifteen years had passed before he made it back to St. Patrick’s for a visit. He was eager to reconnect with former friends and parishioners.

One of his first stops was to see Sean and Coleen. He was overcome with joy when he arrived at their home to find that there were kids EVERYWHERE! Coleen, obviously pregnant was out in the yard playing tag with the younger brood when she saw Fr. McGregor pull in the drive. She ran over and promptly introduced him to her ten children.

Calling to mind the prayer intention he had made at the Vatican on Sean and Coleen’s behalf so many years ago, Fr. McGregor couldn’t help but feel that he might have been an instrument in God’s good work. The family of twelve, soon to be thirteen, appeared to be happy, healthy and beautiful.

The kids went back to playing and Coleen went in the house to get a glass of cold tea for Fr, McGregor. A few minutes after their getting caught up, the priest wondered about Sean. The good priest noted a look of faint concern mixed with embarrassment on Coleen’s face.

Sensing her discomfort, he assured Coleen it was OK to be honest, “Where was Sean?” he asked, “Was he OK?” Coleen fidgeted a bit with her hair and assured the priest that Sean was fine.  Now somewhat alarmed by her evasiveness, he asked again, “Why wasn’t Sean home and had something happened to him?”

Finally, Coleen blurted out, “Sean is fine Father, but he went to Rome this week…to blow out that damned candle!”

Often during my life, I have been overwhelmed by the power of prayer. I have also been ashamed by the insignificance of some of the things for which I have prayed. More than anything, while still a younger man I was unable to realize that my praying wasn’t meant to be so focused on my material achievements as much as it was my spiritual progress.

It is often said, prayer doesn’t change God…it changes us!

Sometimes, my prayers are answered with a YES…sometimes with NO…while most times it feels like the answer is NOT YET. Often, my prayers start out with the distinct admission that I am not sure what I should be praying for.

Regardless of the tangible outcomes, it is vitally important to remain constant and consistent in prayer; to trust that despite any perceived inactivity on God’s part… I am being heard.

Admittedly, in this crazy-busy world it has become increasingly difficult to pray. To make the time to slow everything down and get focused inside of me is a real and pervasive challenge. Of course, so is eating right, exercising, staying on a budget, keeping weeds out of the yard, staying up on email, laundry…the list goes on. Interestingly, their degree of difficulty does not keep me from trying to stay up on them.

For whatever reason, we allow more easily the other things on our list to drown out the voice that calls us to prayer. Sadly, the habit that deserves my best attention sometimes gets the very least from me. Maybe it is because I know that He is always there, so I take for granted that He will persist in my life, regardless of me tending to all the other distractions.

Thomas “TD” Dierker
Live like you’re dying…. because you are!

Sign up to get a New Balanced & Focused EVERY Sunday Evening!