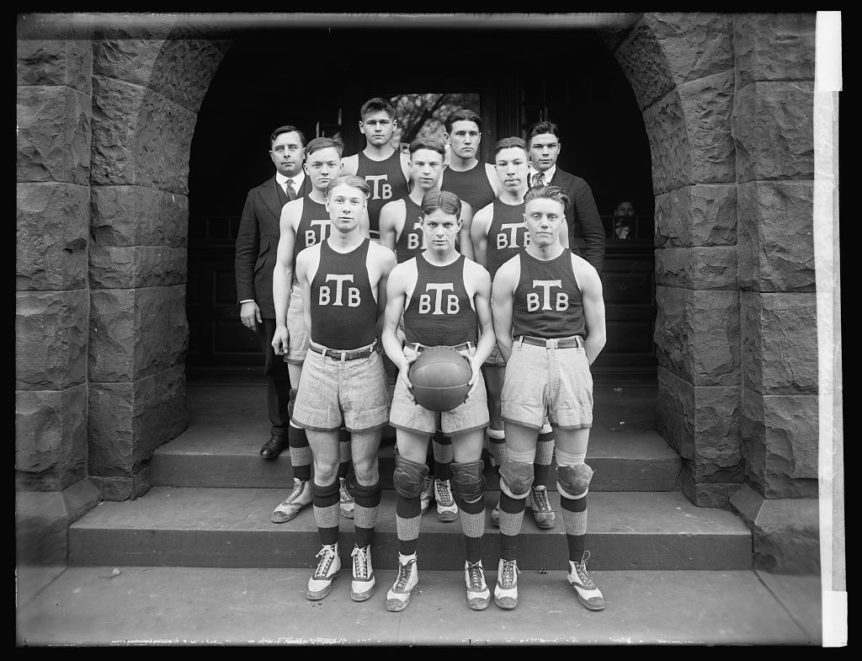 After a particularly unsuccessful recruiting season, a large university’s athletic department recognized they were struggling to win because they could rarely get their top basketball recruits past their academic proficiency exam.

One of the university’s clever religious brothers came up with an ingenious alternative for testing the next year’s recruiting class. Since it was a Catholic university, the brother advocated that the athletes could be asked a single, pivotal question. If a prospect could describe in one hundred words or fewer, the religious significance of the Easter Triduum, then the additional academic requirements would be dispensed with entirely and admittance could be granted.

The board of trustees agreed and the athletic department was ecstatic for having been granted this new-found flexibility with their recruiting efforts.

That first summer, a top recruit came to campus. After a great tryout with the team, the head coach and athletic director decided to offer the player a full-ride. The brother was notified and met all three individuals to administer the first one-question exam.

They asked the young man to describe the Easter Triduum and its significance to the life of the church. The puzzled recruit asked, “What’s a Triduum?” After several minutes, he recalled it being the time during which he got to meet the Easter Bunny for a pancake breakfast and then hunt for eggs and candy. Despite really wanting the boy to attend their school, the three administrators agreed that the answer was insufficient.

A few weeks passed and two more of the nation’s top recruits made it to their sprawling, Midwest campus. Both young men were incredible players and were sure to have an immediate impact on the success of the team. The coaches wanted them both, so they pressed on and requested that the brother again run through the new admission process with both individuals.

When asked the question, the first boy said, “That’s when my mom gets all dressed up and wears a fancy hat and my brothers and I have to go to church. There is always a lot of singing and “alleluias.” I don’t understand any of it, but I do get a big basket of candy!”

Another recruit bit the dust!

The third recruit, when asked the question pondered for a few minutes before responding. He sat up straight and started in….

“The Easter Triduum is the culmination of the Catholic Church’s liturgical year. It’s epic.

First, there is Holy Thursday during which Jesus celebrates His last supper with the apostles and bestows the gift of the Eucharist. Then comes Good Friday and the paradox of our celebration of the brutal passion and death of Jesus. Finally, there is Easter Sunday. The day on which Jesus rises from the dead, pushes the stone away and comes out fully alive…just like He said He would.

Then…and here is the best part…if He sees His shadow… there are six more weeks of basketball!” Missed it by that much…another crash and burn.

No surprise, but I find myself reflecting on the significance of Easter in my own life.

What does it mean to me individually? Am I reflecting with my family and broader church community on the significance of this holy season?

I hope that over the next few weeks you’ll spend time reflecting on and rediscovering the real significance of Easter.