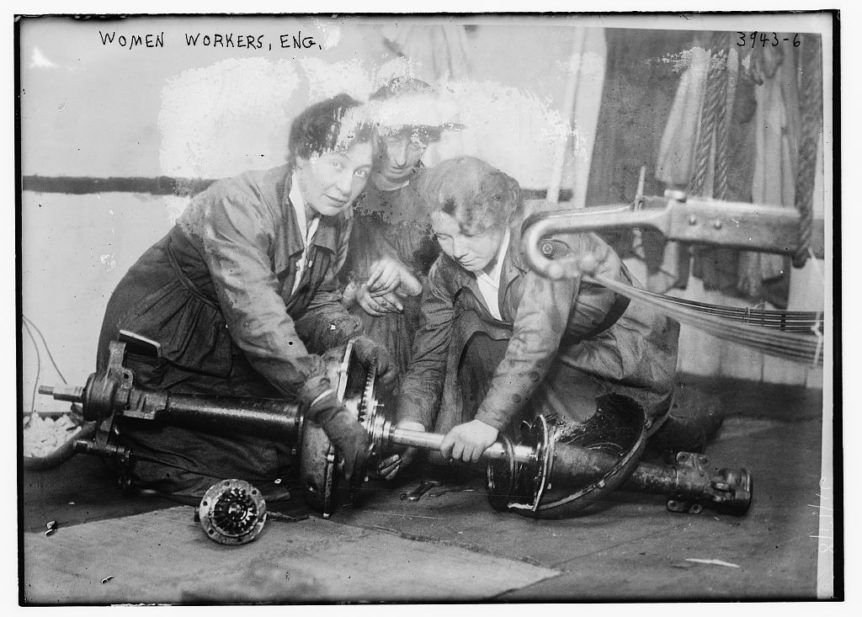 Comedian Tim Hawkins has a great skit that demonstrates the differences between his approach and his wife’s when it comes to running their household. On a typical day, he will come home to find his wife homeschooling the kids, making dinner, encouraging a friend on the phone, making tomorrow’s lunches and folding laundry all while their toddler is clinging to her with a death grip. Surely, he exaggerates, but you get the idea. Later in the routine he claims that it is her yoga pants that gives her an unfair advantage. Throughout, Hawkins is playfully illustrating how adept most women are at cheerfully managing several things at once.

In contrast, he tells of the few times during which his wife has left him with full charge of their kids. In one example, he was up early, putting cereal boxes on the table and standing guard at the toaster while waiting on the first few pop tarts. His youngest child comes sauntering downstairs, rubbing her eyes and rattling off a flurry of questions. Like a panther, he pounced on her queries before she finished and exclaimed, “Can you hold it with the questions? Can’t you see that dad is trying to make breakfast here?”

The things that make me laugh hardest are typically based in truth. It’s a broad brush that Hawkins is painting with, but I sense measured truth in both characterizations regardless of today’s gender debate.

In the early 1990’s, it was estimated that more than 92% of 911 operators were women. Why do you think this was? I am certain that it is because women are generally better at multi-tasking under pressure. They are not as easily distracted and bring a sense of calm to situations, no matter how grim.

It has been incredibly important for me as a husband and parent to recognize the natural gaps in my cognitive abilities. I am naturally prone to single-task. I can lose sight of the big picture when I am not careful. I am not selfish per-se, but I can easily slip into an unconscious self-centeredness. When lacking balance and focus, it is as if the tasks I am shepherding to completion naturally trump everything else going on at the time.

Softening has helped, but recognizing how critical it is for me to temper my natural instincts has changed the manner in which I am present to my wife and kids. I suggest to women that their marital relationship will experience marked improvement the sooner they recognize their husband’s natural deficiency. Thanks, in part to our brains being bathed in testosterone while in utero, many experts agree that our corpus callosums have just a fraction of the active neuropathways and transmitters that women have.

As men, we need to look for effective ways to stimulate our awareness muscles. We need help awakening from our innate relationship amnesia and disconnectedness. Enlightened and engaged dads make a big difference in the lives of their kids and a wife’s appreciation for her husband grows when she sees her man stepping up.

There was a time, perhaps as far back as The Flintstones when a man providing financially for his family was often enough to justify his existence. Today, we’d be wise to recognize that providing comes in many different forms. It is humbling when I recognize that the least important way in which I provide for my family is materially. We need to make the shift and realize that our legacy isn’t what we will leave to our kids, it is what we are willing to leave each day to be with them more fully.

It’s leaving this kind of legacy that will resonate into eternity!