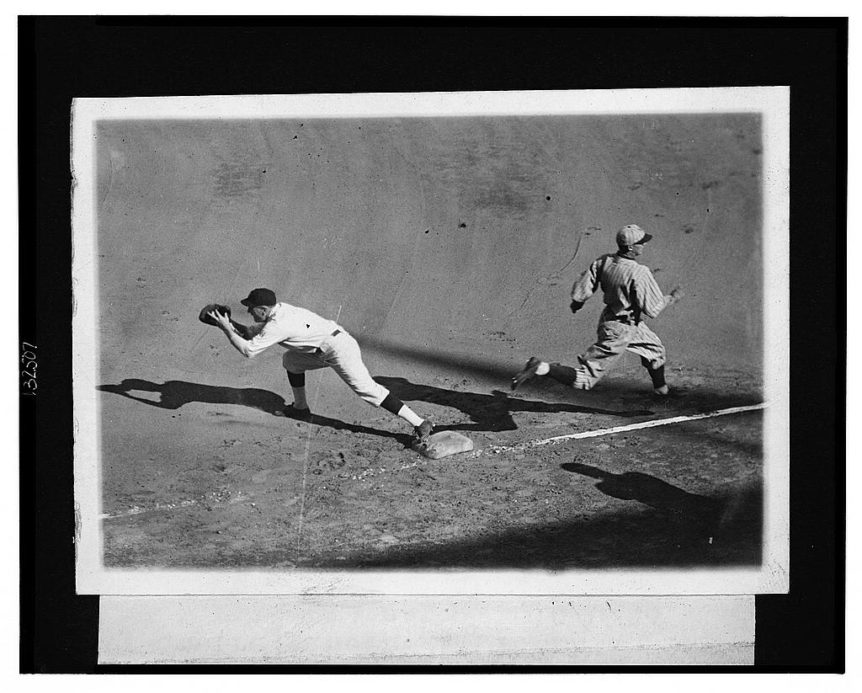 Recently, I heard an amazing story of grace and mercy personified in the sporting news.

You might recall this story from October of 2003. During game 6 of Major League Baseball’s NLCS, several Cubs fans instinctively reached out to catch a foul ball that was hit into the stands in the top of the 8th inning. Turns out that just one of the spectators angling for the ball was pinned with foiling a potential nab by the Cub’s left fielder. After that, all heck broke loose on the field. The Cubs self-destructed and the Florida Marlins scored eight runs in that same inning. The Marlin’s went on to beat the Cub’s for the championship and eventually won the World Series.

Rabid Cubs fans being who they are, major drama ensued and their pursuit of the scapegoat was relentless. The fan who got mixed up in the bollixed catch, Steve Bartman had to be disguised by Wrigley’s stadium security to get him out of the ballpark safely that night. Sadly though, that was just the beginning of his nightmare. From that night forward, Bartman endured many years of jeers, torments and even death threats. Immediately, he was classified as the evil fan who cost the Cubs game 6, the NLCS and a potential World Series victory. Bartman became a recluse, sometimes afraid for his life.

Fast forward to October, 2016 when the Chicago Cubs ended their more than one-hundred-year drought by winning the Fall Classic and claiming their right to be called World Champions. On the night that they won, it is likely that there was no one happier than Steve Bartman. Surely, he fantasized that the big win might help him to ditch the monkey on his back and hit the resume button on the rest of his life.

This past week, something magical occurred in the Windy City! In a private meeting in the Cub’s front office, Steve Bartman was presented with his very own, authentic 2016 World Series ring. This act of public forgiveness was the Cub’s attempt to punctuate the past and turn the heavy page for everyone.

It has been reported that each of the rings is worth $70,000 and consist of 5.5 carats of diamonds, 3 carats of rubies and 2.5 carats of sapphires. In my view, the most valuable aspect of the Cub’s public act of singling out Steve Bartman is that they put their willingness to forgive on display. As a matter of fact, they didn’t just forgive Bartman…THEY BLESSED HIM! Some say it was a publicity stunt and truthfully, I don’t care if it was merely for the stake of a little goodwill. It can teach each of us something and can inspire introspection and altruistic action in our own lives.

Since hearing the story, I have been reflecting on those times in which I have penalized others for their having, whether consciously or subconsciously reached onto my “field of play” and bollixed aspects of my life in one form or another. The more challenging list details those situations in which I have been the “Bartman” to others. When I am honest about my past, my thoughtlessness and carelessness have likely had some serious consequences for others.

Forgiving and seeking forgiveness are key components of living a balanced and focused life. Each of us is going to be hurt by others and each of us is going to hurt others as well…it is an unfortunate certainty of being human! Our hearts can become hardened and occluded as the pain and remorse build up inside of us.

Of course, you’ve noticed that we hurt our spouses, children, friends and co-workers most often. Also, when we are honest with ourselves, we’d be forced to concede that the deepest hurts we have experienced were levied either by a parent, sibling, close friend, teacher, priest, or business partner. These individuals are the ones who get close enough to us that our respective hurtful acts frustrate and complicate each others’ lives.

In our world, could anyone disagree that the absence of forgiveness is a cancer that is eating so many good people from the inside out? With so many people hurting each other these days, it is time for us to resolve to make a change. Will we risk being played the fool in an economy where merit and deserving are not the driving force? Can we allow for mercy to lead us? Will we seek ways to bless those who have hurt us?

I could not name for you one player for the Chicago Cubs, but I will admit to being a fan from here on out. I am grateful for their thoughtful embodiment of the undeserved economy of grace and mercy. I am fashioning two specific “championship rings” to present in a private ceremony over the coming weeks. I’m excited to see what happens when I shift these acts of forgiveness into an authentic desire to bless and endow a fellow human being.