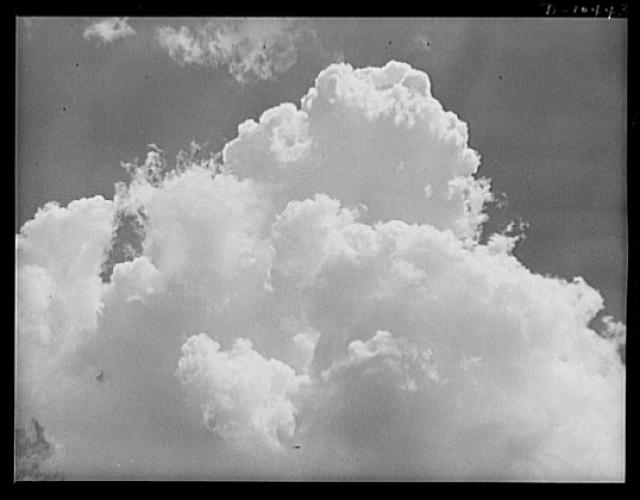 I have lived long enough that I am able to recognize recurring behavioral patterns in my life.  Some of these patterns are constructive and worth repeating, while others are destructive and are better left behind.

One habit that I am trying to unlearn is my predilection for over-committing my personal resources of time and energy.  It is difficult to unlearn habits; especially ones that have burrowed deep inside of me over many years of spaced repetition.

A close friend once confronted me about my tendency to over-commit when he said… “I have heard of someone burning the candle at both ends. You, Mr. Dierker… you put it in a self-cleaning oven!”

At the time, I erroneously took his comment as a compliment to the work ethic that I had tried so hard to embody.  Like most people who are introduced to wisdom too early, I completely missed the subtle warning that he had intended to convey to my spirit.

As a young adult, I was determined to out-work my peers; I bought in to many half-truths like…no pain no gain, pain is the sound of fear leaving your body and the only place success comes before work…is in the dictionary.  These catchy maxims and others like them that extol the virtues of worthwhile work can be valuable and aligning, but only when I keep them in proper balance.  They are dangerous when they become my only divining rod, pushing me beyond the brink of healthy living.

With the best of intentions, I can sometimes try to do more than is reasonably possible.  When a particular day’s schedule fills up with too many obligations and self-imposed deadlines, I feel the pressure build inside of me.  If I fail at that moment to reset the proper balance between doing and being, then I am sure to suffer the negative consequences that come with trying to accomplish too much. Sadly, when I lose my focus, I am not the only one who suffers.

When I feel squeezed, I can become short-fused.  Fatigue and subtle resentments slowly build beneath the surface as I race against the clock to accomplish more than I should have expected of myself in the first place.  Fortunately, I am now better equipped to recognize this pattern and I can effectively cut it off at the pass before it wreaks havoc in my life.

Throughout the years spent as a young adult, whenever I carried on with this faulty mojo for an extended period, my body cried out.  Despite my ignoring all of the physical warnings, my soul sought to reestablish order by getting my attention with increasingly troublesome bodily symptoms.

Viral infections, the stomach flu, headaches, backaches, lethargy, complacency, shortness of breath, poor eating habits, acid-reflux, intermittent sleep patterns, anxiety, heart palpitations, dizziness, chronic muscle pains and sinus infections; every symptom, every ailment was an important messenger sent to me for the purpose of waking me up to the legitimate needs of my human being.

Naturally, I sought the help of medical practitioners. I was mistaken to think that my problems were treatable with medicine. I wanted an easier, more traditional solution for feeling balanced and focused and I resisted the more lasting lessons that my body was working hard to convey.

After a particularly difficult period in which I had nearly burned myself out, I remember being ministered to by a particularly bright light and in time I came to believe that she was a special messenger who was sent to bring me to a greater level of mindfulness and trust.  She calmly stepped into the insanity of my continually attempting to clear unrealistic hurdles of effort and accomplishment and she saved my life.

She pleaded with me, “Uncle Tom, don’t you think that you’ve tried HARDER long enough?  How is that working for you?  How about trying SOFTER?”  I began to sob, literally.

At that particular juncture, I had to admit that I was nearly powerless. Truth be told, I had had it with trying harder.  I was in a proverbial death spiral and the death that was coming for me was the death of my spirit.  Had I remained on that trajectory of over-commitment, my tombstone may well have read, “Dead at 40; buried at 80!” and that would have been a great personal tragedy.

Providence prevailed and I learned a valuable lesson at that critical time in my personal story.  I accepted the challenge that she pinned on my soul that day.

It would be dishonest if I said that it has been all butterflies and unicorns ever since my fortunate epiphany. It has been and continues to be a battle to establish and maintain balance and focus in my life.  I slip, but regain my footing. I remain a work in progress.

Trying softer affirms my deepest intention. I must allow myself some grace to figure out healthier ways to foster an authentic balance and to resist the pervasive temptation to be more than just human.