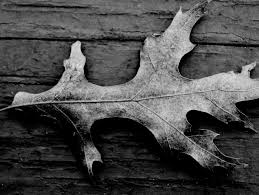 I attended an all-day seminar earlier this month. It was chock-full of nationally known speakers and business people. Many of these folks were over-the-top capable in communicating their message. One man’s message, although delivered in a quirky style, packed a real punch.

He suggested that most of us are bored stiff and often uneasy being around very successful people. We rarely admit it, but we don’t appreciate or identify with their stories. We are uncomfortable listening to or sitting next to someone whose job is great, marriage is great, kids are great, portfolio is great, health is great…heck even their in-laws are great. Successful people make many feel inadequate, less-than and largely incapable.

We don’t like being with the “down and outs” either. These people elicit condemnation and judgement from many of us. You’d think that seeing these people struggle would make us feel somewhat superior, as though we have it all together inside. Interestingly, it doesn’t.

Earlier this week, my attention was drawn to a radio interview on ESPN’s Mike & Mike with former NFL quarterback Ryan Leaf.  Leaf was the number two draft pick in the 1998 NFL draft, taken just after future Hall of Famer, Peyton Manning. For those who might not know it, Ryan Leaf’s professional football career was cloaked in failure from the outset and he is considered the sport’s biggest washout.

I will spare you the details of the train-wreck that had become Ryan Leaf’s life. Suffice it to say that the twelve-year period following his having been drafted was a dizzying combination of conceit, entitlement, abuse, recklessness, excess, betrayal, laziness, meanness, despair, ingratitude, delusion and crime.

He ultimately hit rock bottom in his life and spent 32 months in jail for selling narcotics to a minor and for burglaries he committed to feed his addition to Vicodin. He failed in several attempts to commit suicide and by grace, was willed into a faint survival mode by his parents and family. His life is a cautionary tale and he eventually broke under the weight of all the poor decisions that he had made.

The interview and his story are raw and touched on several key aspects to recovery and redemption:

My writing here does not do the story justice. Nor am I claiming to have a grasp on Leaf’s entire past, present or future. Hopefully though, by relating his story here, you too will be drawn in enough to want to learn more about his ongoing transformation.

Have a read of his “Letter to My Younger Self”— I have included a link to the piece here: Read His Letter Now!

By now, in my mind I too have started countless letters to my 16, 18 and 20-year-old self. Hearing this man’s story was a great blessing. It gave voice to some of the regrets that sometimes still visit upon me when I forget that I am both broken and redeemed. His truthful witness encouraged and affirmed me.

I paid a high price for my good judgement and so did many others who knew my younger self. However, all my experiences, the good and the bad have contributed to the man I am today. Like Leaf, I would be unwilling to exchange who I have become for a more sterling reputation or a regret-free past. Every day and in every-way, I am learning to love and own the life with which I have learned.