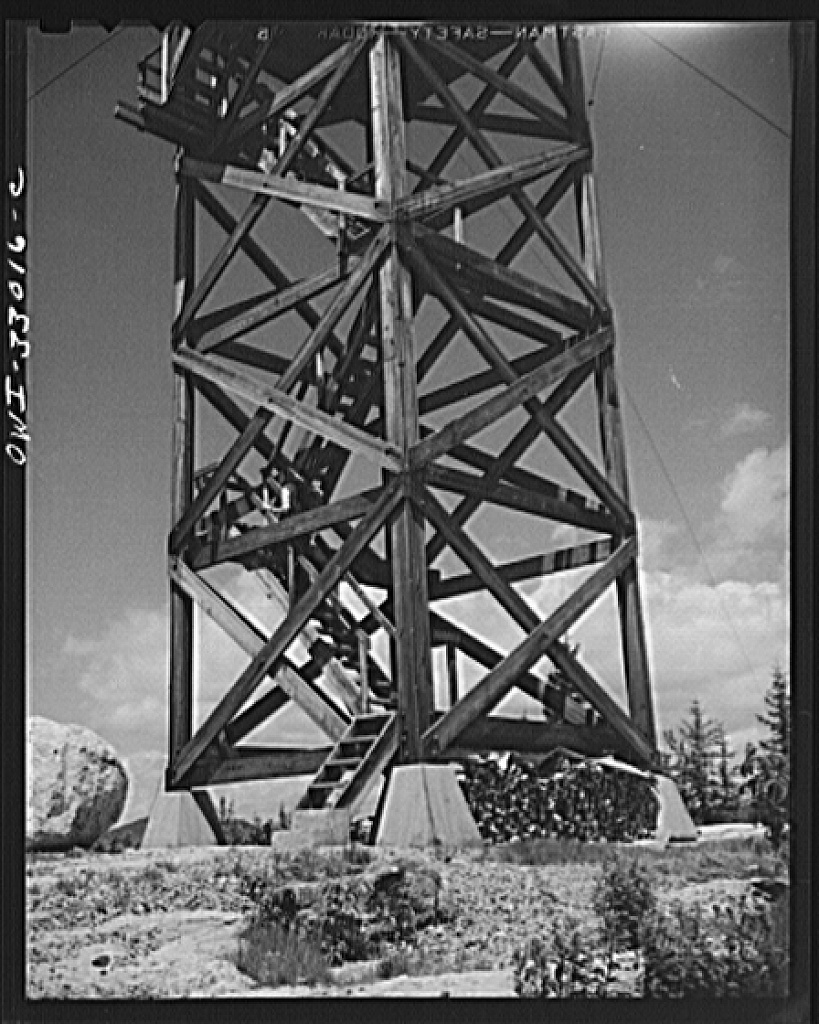 “Always go with the choice that scares you the most, because that’s the one that is going to require the most from you!”  –Caroline Myss

I have never been fond of heights. They make me anxious and leave me feeling a little wonky inside. When I was fresh out of college, I had the chance to attend an elite personal development boot-camp that was held on a farm adjacent to the Columbus Zoo. It was a powerful three days that was full of team building exercises that included traversing an extensive ropes course, and braving a ten-story high, 1,800 feet long zip-line that spanned the Scioto River.

I tried to postpone and ultimately evade the zip-line but by the conclusion of the retreat, I was the only one who hadn’t ridden it. I started my ascent to the top of the tower and it was there that I met Eric. He looked like he had stepped right from the cover of the latest issue of Outside Magazine. He efficiently fitted me with a harness and helmet and gave me some brief instructions. He stepped away and said “Have fun!”

Seconds later, I froze and wondered what in the heck compelled me this far into my charade. Who was I kidding? There was no way that I was jumping from a perfectly good tower. I stepped back from the ledge and told Eric, “I’m just not feeling it; perhaps another day.” He was a good sport, but reminded me that I was the only participant that was going to turn in a goose-egg for the zip-line. I was dejected but still made my way toward the ladders and back to terra firma.

I was about half way down, when my eyes met those of a seventy-five-year-old Catholic nun as she was hum-diddy-dum-diddying her way to the top of the tower. She was calling up to Eric, “Sweet Eric, can I take his turn? Can I do it again? We don’t want his ride to go to waste, do we?”

That was all the motivation that I needed to scamper back to the top. I was determined to fall to my death rather than risk further emasculation by Sr. Mary Michele of the Infant Jesus. I can close my eyes right now and be reminded of her four feet-something personage, wearing wrap-around Oakley’s and sporting high top Chuck Taylor’s under her habit. Trust me, that was truly a “come to Jesus” moment.

In seconds, I was back at the top and Eric immediately got me back into the required gear. I perched on the launch pad and again I was stuck in the moment, trying to pull myself together enough to let go. Eric was coaching me, “Dude, do it or don’t do it! It’s getting dark! I’m hungry! Come on, you can do it! Just do it! He had the patience of a saint; encouraging me and giving me permission to dive bomb my way across the mighty Scioto.

At a certain point, I think he recognized that I was a goner and that I would likely repeat my aborted descent. He started to pack his things and I recognized that he had stopped with his affirmations. A few minutes later, with what amounted to his final attempt to spring me, he started in again…“do it or”…our eyes connected momentarily before I leapt without warning. I squatted down deep and did my best impersonation of Peter Pan.

The harness caught me and I whipped through the air at what felt like Mach 1; in my mind, I was certain that I was breaking the sound barrier. The feeling of euphoria that came from my soul during my first flight across that remote corner of Delaware County, OH is hard to describe. For the two hours leading up to my leap, I had been bathing in self-doubt and personal indictment. Crippled, I was resolved to just settle and give-up. I had consulted my fears and they had brokered an easier and softer way out, though the settlement was marbled with cowardice.

At that time in my life, I could not have imagined anything demanding more of my resolve. Very few people knew that since graduating high school, I had developed a terrible emotional condition that resulted in nearly four years of persistent panic attacks. If you’ve ever had to wonder if you’ve had a panic attack…trust me…you haven’t. Those of us who have, without question know it! The brooding and equivocation regarding the zip line on that final day had become a metaphor for my life.

Like the sentiments that were shared by the character of Andy Dufresne in the movie Shawshank Redemption, I had long passed my own breaking point. I was either going to “get busy living or get busy dying.” I am not being overly dramatic when I say that I can’t imagine what my life might have been like had I caved into fear that day. I am eternally grateful to Eric, Sr. Mary Michele and all the other people and events that led me to that critical moment in life. Taking the leap required a ton from me but it has paid compounding dividends ever since.

There have been other “zip-lines” and different manifestations of Sr. Mary Michele that have shown up in my life to coach, shake and inspire me. I pray these opportunities will continually call after me and coax me to the perimeter of my comfort zones…and beyond. Experiences like the zip-line challenge me. They not so subtly enjoin me with a variation of, “TD, what if you did what you could? How different would your life be?”

Making a move toward the things that scare me helps me to discover anew that in many situations, I have what it takes! We all do!