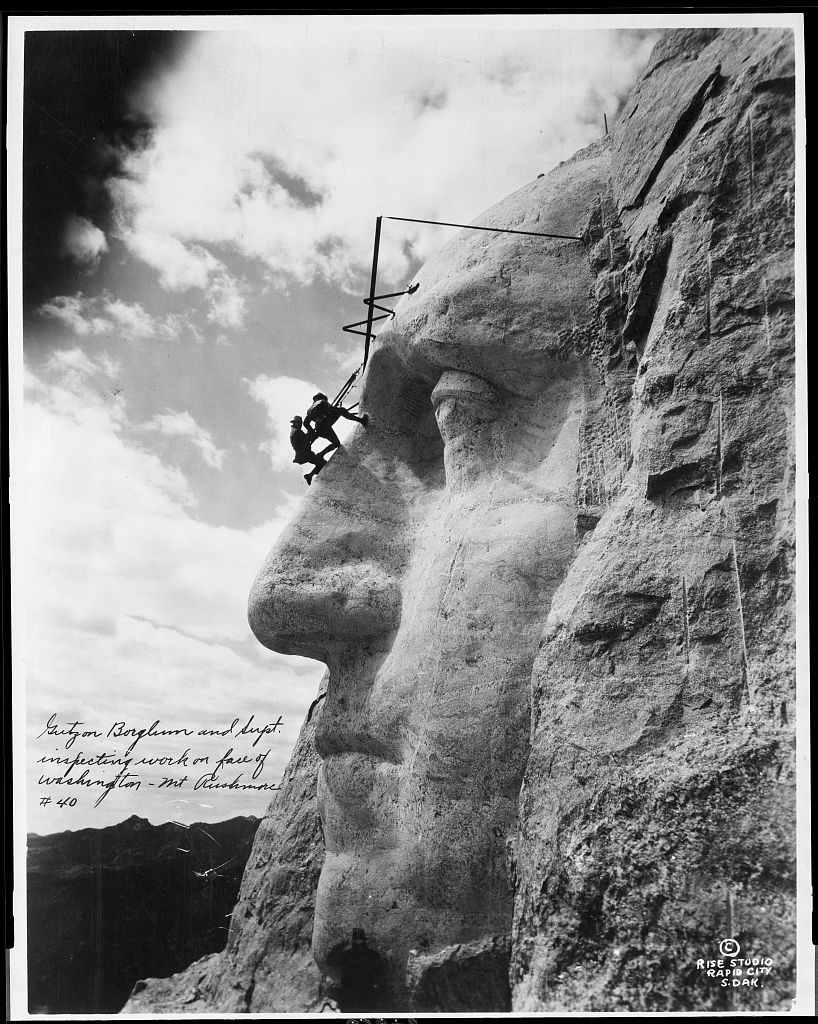 While my wife and I were at the beach last week, I had a significant amount of time to recharge and go deep. Whenever I physically slow down, my mind and heart shift into a better gear; my thoughts more naturally turn introspective. Unplugging is easier when I am out of my element and getting out of my daily routines makes for a quicker reset. To counter the daily churn, I need to intentionally make time to slow down, unplug, exercise, worship, read, nap, give thanks and reconnect with myself more often. I will never have the time; instead I must make the time or risk running aground.

During our trip, for reasons unclear to me my mind got stuck thinking about Mt. Rushmore…talk about a random thought pattern.  I wondered what spirit drove the herculean effort and how they decided on the subjects of that great commission. There have been so many great men and women in our nation’s history. How did those involved come to a consensus on who would be worthy of having their image immortalized on the face of a mountain? It was the 1940’s, likely it seemed like one man’s folly, the canvas for which was in the middle of “Nowhere,” South Dakota. The long-shot odds of the project might have aided in their decision-making process and contributed to the effort to narrow things down to a credible list of four.

After some noodling of my own, my mind turned a question over and then back inward. I wondered that if I had been given the chance to commission a Mt. Rushmore of my own, whose faces would I have depicted? How would I narrow down the burgeoning list of family, friends, teachers, priests, doctors, mentors, coaches, counselors and bosses who have shaped me and galvanized my world view?

What about the lives of those who have deeply impacted me though we have never met… authors, directors, playwrights, church leaders, politicians, inventors, musicians, athletes, comedians, missionaries, and thought-leaders? How could I whittle that list down to a manageable number? Short of having a divine revelation, it will be hard for me to get to even a list of 50! Gratefully, I can admit to having far too many heroes and heroines in my life to settle on a list of four.

Regardless of the daunting nature of the exercise, I am working on my own list of four now…noting the individuals whom I’d nominate for consideration for my own mythical mountain sculpture and why I would choose them to be my final list of four. Washington, Jefferson, Roosevelt, and Lincoln were chosen for having embodied the spirits of vision, expansion, industrialization and unity. What are the elements of character that matter most to me? To you?

There have been critical junctures in my life at which a soul-guide or wizened mentor has materialized when I needed them most. They made the impossible seem possible by staying close to me while I stumbled through a particular season of life. These personal giants came alongside me and helped me to pierce the future and return to what I had misplaced. As I reflect on the most critical times in my life, love in action expressed through key relationships have been my game-changers.

I am motivated along another line of thinking as well. Am I living my life to warrant any serious consideration to make someone else’s list of four? Is there anything more empowering than witnessing another human being live a beautiful life? Is there recognition that it may not be what I do that gets my likeness or profile chiseled into eternity, but who I raise…or who I love?

I sure hope George Washington made the hero list of the patriots closest to him. I wonder if Jefferson was held in the highest regard by the other founding fathers like Franklin, Hancock, and Adams? What did Roosevelt’s wife think of her husband…would he have made her list of four? Was he able to preserve life in his own marriage while preserving the beauty of our country? What about Lincoln? It sure seems as though that man would have carried the day with anyone close to him. In fact, the closer people got to him, the more they seemed to admire and revere him. Amidst all the chaos, was he able to maintain unity within?

All of this has proven to be a powerful thought experiment for me and I hope the same for you. This coming week, I will work to refine my own list of four and then attempt to unpack the result of my effort in the next Crux. Those who make my final list will lead me to a better understanding of why I admire them and will likely affirm who I aspire to be.