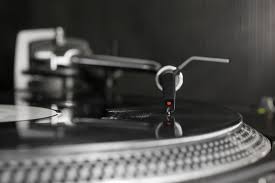 My older brother Bill is dying as a result of early-onset Alzheimer’s Disease. It has ravaged his mind and body in just three short years. Witnessing his precipitous decline has been devastating for everyone who loves him and tragic for his wife and children. He was only fifty-one years old when he was first diagnosed. It is a heartbreaking situation.

While traveling with my family this past week, we visited with Bill where he lives just north of Columbus, Ohio. Each time that I see Bill, I am stunned by his physical decline. The disease has driven his body and mind into the deepest retreat where he is mentally and emotionally inaccessible to his loved ones. Yet despite it all, there is still faint evidence that he is in there…at times, closer than we think! He responds to touch and randomly gives an authentic grin when some “warhorse” synapse completes a now seldom closed circuit.

It would be an understatement to say that the disease has softened Bill. He is now as innocent as a newborn baby. Without many notable expressions, he absorbs his surroundings and offers no resistance to the massive amounts of love and affection that come raining down upon him.

Witnessing all this has deepened the love and admiration that I have for my brother. I always knew that he was hard-nosed, but I never imagined that he could survive a beating from such a stealthy and undefeated aggressor. Bill’s wife and three children are remarkably tough as well and they have not wavered during his time of greatest need. His extended family and friends have remained close at hand and have been very faithful to Bill. I marvel at some individual’s capacity to maintain virtue and goodness when the storms of life come ashore.

Only a few minutes into our visit this past week, one of the other residents came over to our large group to say hello. Bill’s wife, Anne gave us a quick heads-up about our guest, whom my family now refers to as Sweet Patty, as she approached. For whatever the reason, Sweet Patty’s version of the disease has grooved the needle on the phonograph of her to memory to repeat only three simple messages over and over again. She made her way to each individual in our group and imparted either, “The things over there;” “I love you” or “You are awesome!”

I could hardly believe my eyes or ears as she made her way through our group of 16. First, she approached my daughter Annie, cupped her cheeks and said with conviction, “The things over there!” Then she moved on to my sister-in-law Anne and looked intently into her eyes to say, “I love you.” She tenderly kissed her forehead before moving on to my toddler, Monica. To her, sweet Patty stooped down and exclaimed, “You are awesome!” This exact scene played itself over and over again as this disabled angel’s sorties showered our family until we were overflowing with her positivity and affirmation.

Sweet Patty overlooked me during her initial run but was sure to smother and cover me during her next pass through the crowd. She made eye contact with me from the distance of about 12 paces and made a beeline to me. She looked intently into my eyes, kissed me on the cheek and said, “I love you!”  She engaged me in an authentic hug and I could feel her body shake as she broke into a joy-filled laugh. As we parted, she looked at me again and said, “I love you” one last time. The whole experience gutted the moorings which previously buttressed my understanding of this dreadful disease.

All I could think about during my subsequent drive to Pittsburgh was Sweet Patty and my brother Bill. Have they lost “it,” or have they found “it?” Honestly, I am no longer certain of the answer. Again, the lines I had drawn to distinguish fortune from misfortune had been rubbed out without my consent.

Too many times to count in my lifetime, I have intended to feed the poor and have been fed; I have sought to console, only to be the one consoled or I have gone hoping to save and in the process, I have been saved.

The average woman in America uses 20,000 words in a typical day, while the average man uses 13,000. Sweet Patty uses only ten! Somehow, the unexpected gifts bestowed by Sweet Patty have inspired me to more seriously consider those things on which I want my own needle to be stuck.

I desire enough courage to tell people whom I hardly know, YOU ARE AWESOME and I LOVE YOU! Whether I say it audibly or merely whisper it to myself may not matter. Just imagine what this reset to our heart’s set-point could do for the relationships that we cultivate with ourselves, our family, our friends and our world.

Regardless of whether or not Sweet Patty knows what she is up to is unimportant to me now. She has profoundly drawn my attention again to what matters most, the things of heaven…THE THINGS OVER THERE!