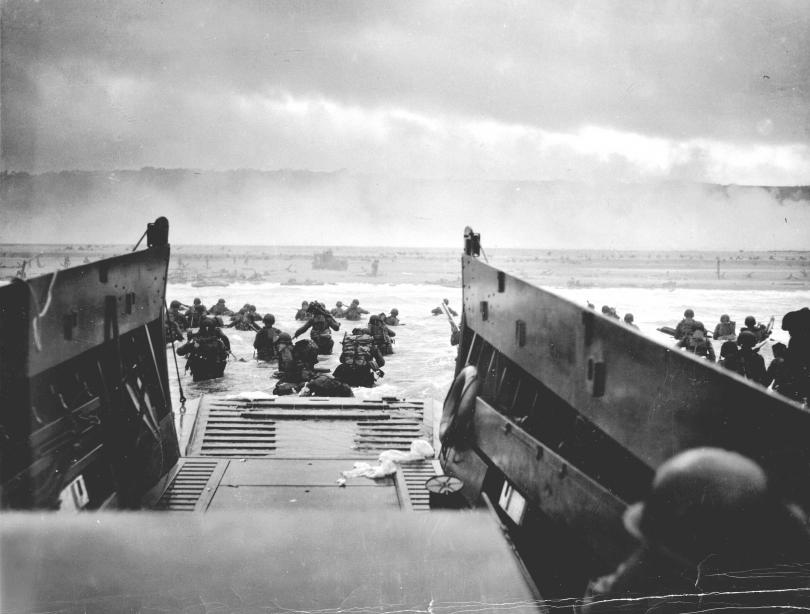 Have you seen the movie Saving Private Ryan? The first 30 minutes leave you feeling stunned and amazed. Where did these courageous soldiers come from? On what did their great spirits feed that enabled English teachers, car salesmen, and assistant managers from Sears & Roebuck to abandon self for the greater good on behalf of people and countries half-a-world away?

My Uncle Bill Dierker was a naval aviator in World War II. His plane was shot down in the South Pacific and he perished in the crash. My Uncle Joe Hagerty was a bombardier during the war and survived an untold number of missions, eventually returning home to start his family. His brother, my Uncle Don Hagerty was in the infantry for both World War II and The Korean War. He too was blessed to survive many near misses to return home to his wife and to start his family. Another brother, my Uncle Bob Hagerty began his service as a tank commander a week after D-Day and was a member of General Patton’s command. Thankfully, he also survived the war including being “dug-in” overcoming Hitler’s last offensive in the famed Battle of the Bulge. He returned home safely, but later was called back into active service in Korea; eventually, he was home for good, married and raised a family of ten. My Uncle Bob Franer served in our country’s Special Forces and worked closely with England’s Royal Elite Forces in covert operations across Europe during World War II. He returned safely, married and raised a family of thirteen.

I can barely believe that I am related to these giants. As a kid, I failed to marvel enough at the guts and resolve of these men and the thousands like them who served. Maybe because they did not see war as glamorous; when someone would ask them to talk about their experiences, they would quickly change the subject. In the years that followed, I would learn that they had all seen very active duty in service to their country.  Being faith-filled, these men must have struggled for the balance of their lives beneath the burden of remembering the enemy lives that they had taken. No matter the justification for any war, the casualties are gruesome and the memories of combat must distort and mutate inside the minds of those who were fortunate to survive the horrific battles. I came to understand that the stories of the heroes in my family were not terribly unique. It is as if an entire generation of young men and women collectively embraced heroic altruism.

I am among the passionate patriots who believe that America has been endowed with a special ethos and mission. Maybe it is the idea of America that engages our hearts the most. This country has been dedicated to the eternal good at so many of the critical junctures in recent human history. No matter who is attempting to hijack our political platform, I remain hopeful that our country’s ideals will endure. America is great because goodness abounds in its people; our bloodlines run deep with a unique faith and high ideals.

It can be easy for me to be discouraged with the current page in America’s story. When I do lose balance and focus, I remind myself to return to my center: I want to be a good husband, I want to be a good father and I want to raise a gaggle of good kids who embrace their American legacy and who yearn to contribute to the greater good. I want to be brave and heroic in my own life, regardless of whether anyone outside of my family ever notices.

If each of us strives to be good individually, then we have every chance of collectively becoming great again.