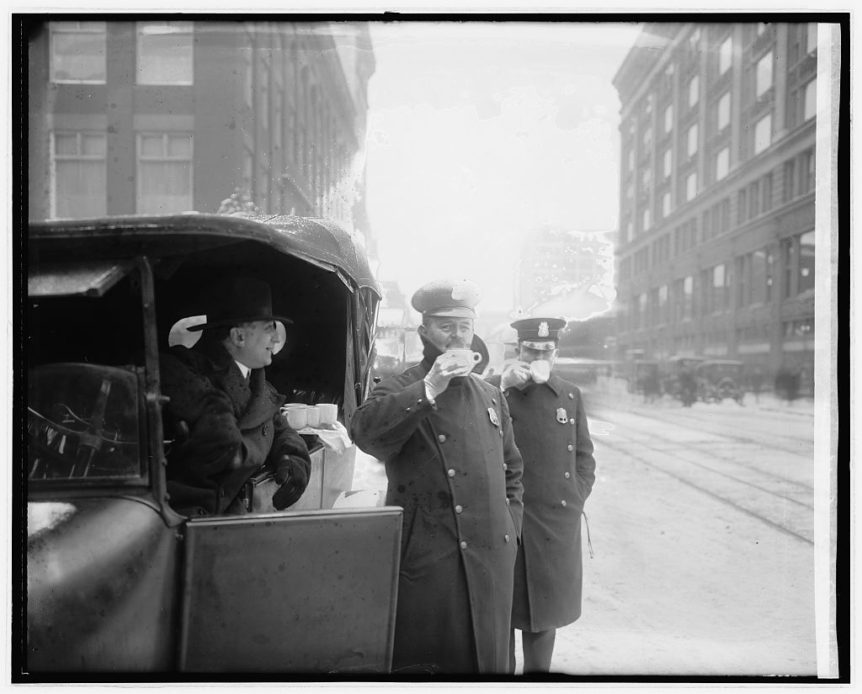 Last week, a friend of mine from work got pulled over by the police on his way to his daughter’s weekend soccer game. He unfortunately was the recipient of a $137 ticket for going just eleven miles per hour over the speed limit. He was upset by the whole ordeal and felt as if the police officer was a bit heavy-handed in the exchange.

We joked about one of our young FedEx drivers who recounted having recently experienced a similar incident in his own life.

He started in by telling us how he too had been pulled over and the officer, after having made the obligatory check of his insurance and driving history from his cruiser, noted an incredibly clean driving record; never having had a moving violation or accident in his ten years of driving.

The officer decided to give him a chance to get away with just a warning. He challenged this exceptional driver that if he could give a good enough excuse for exceeding the speed limit, then he would be free to go.

The twenty-something paused for thirty seconds to let the offer settle in. He was half wondering if this was a set-up and half thinking of something he could say that would earn him the proposed free pass.

In almost an instant it came to him, he started in.

“I really am sorry to have been driving more than the posted speed limit sir. I travel this road daily and I am normally very careful to stay within the speed limit.

Something you don’t know officer is that my long-time girlfriend ran away with a policeman about a month ago. Turns out, she knew him from high school and they reconnected online.

Initially, I was devastated. The whole thing nearly broke my heart and set off a depression in me that I never thought possible. After a few weeks of being apart though, I began to recognize that we weren’t really good for one another. I came to believe that I was better off for having loved and lost; it never would have worked out for us in the end.

Then, just a few minutes ago, in my rear-view mirror, I saw in the distance your cruiser and I was reminded of her breaking up with me. I became flustered. To be totally frank with you, when I saw your lights and you speeding after me, I drove faster and faster, thinking that you might be bringing her back!”

The officer gave him a free pass!

I love jokes like this one; the punchlines catch me off guard and make me laugh. But the laughter almost always turns to introspection. I am not sure why; I should probably just leave well enough alone. I guess it is because that which makes most things funny is that buried close to the surface. The punchline is often a veiled truth about our common life experience or the perception we have of our reality. That’s why each of us laughs.

So, I got to thinking about the joke and it’s veiled truth…

Which people in my life, besides my wife and children would I chase after if we were separated? What people in my life would come chasing after me? Isn’t this an efficient barometer to gauge the number of authentic relationships we have nurtured with our lives?

Truth is that if my wife left me, I would be devastated. I often kid with her that if she leaves then I am going with her! Unfortunately, my daily actions don’t always align with this deeper truth but by God, I am working at it. I am trying to create more and more internal congruity in this regard. I’d like to think that she would turn back toward me if ever I was running after her.

How about our children? So often, parents intimate that they are looking forward to the day when their kids go off to college. Having more time to share with my wife is something I very much look forward to. I also am looking forward to a reduced “pace of play…” one day, just not yet.

Our kids are a joy to raise and a great source of blessing for us. When they leave, they will take with them a big part of both of us. If they chase us down in some distant day, you can bet we will have the signet ring close and the fatted calf at the ready. We’ll chase them into trouble as well, if they need us to do so. They are just too much a part of us.

Thinking about who you would chase and who would chase you is a great bellwether for all of us.

Are there rocks in your life that you can depend on for solid footing no matter how deep the waters? Are you the rock that others can depend on when their life turns upside down ? Having a handful or more of people you are chasing or are among those who would give chase makes for a life uncommon and deep meaning.