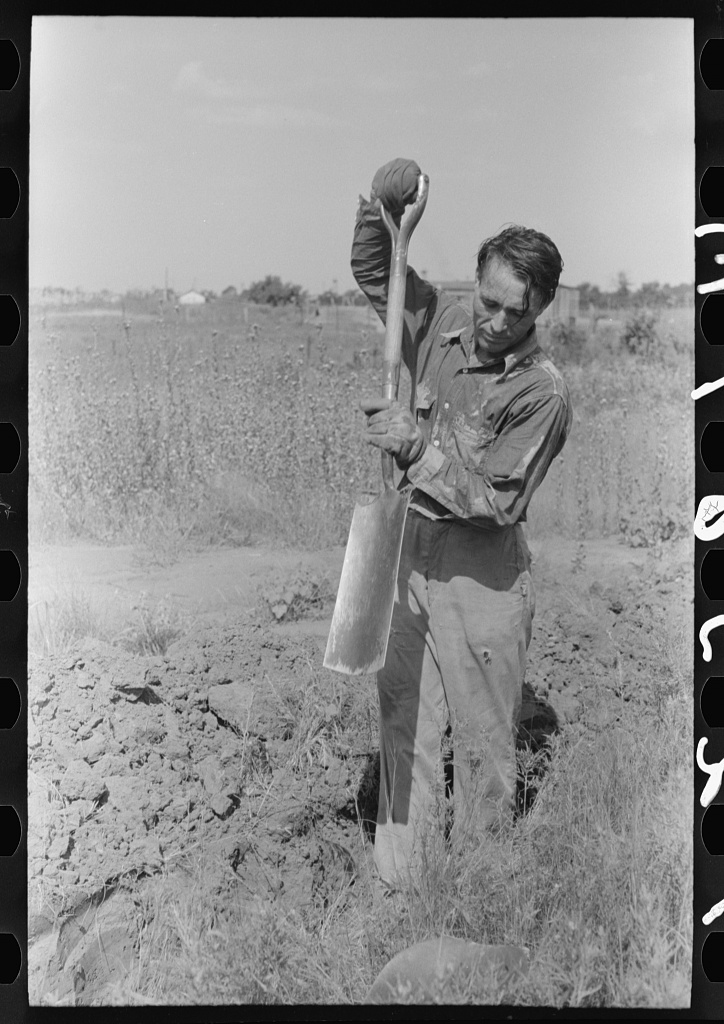 If we are not vigilant, life can be like one big game of whack-a-mole. There are times when attempts to solve one nagging personal issue can inadvertently create another. We can become too focused on one aspect to the detriment of the other important parts of life.

As part of the latest iTunes download update I was asked to recall my first job. That one is easy for me. I will never forget the summer of 1981 when at the age of fourteen I first joined the ranks of gainfully employed Americans. My job at a local nursery involved schlepping fifty pound bags of mulch to the cars of weekend yard warriors. I was grateful that I got the job at such a young age, thanks in part to my older brother’s influence with the store manager.

After that first summer, working hard lost its luster and I spent more time in the coming years avoiding work than I did in turning in good solid effort. In retrospect, I could have saved myself considerable time and heartache if I had just knuckled down and delivered my level best from the start. In looking back at my life, between the ages of twelve and nineteen years, I recognize violent swings in the internal emotional pendulum that metered-out my discipline, my drive and my ability to make and keep important commitments. During my adolescence, I had unwittingly lowered the expectations that my parents and most of the other adults in my life had for me.

The only person whom I was never able to fool was my father. Each and every response that he had for my half-hearted efforts was like watching LeBron James guarding a fourth-grader; he would REJECT every one of my weak attempts to score. Motivated by my father’s dogged influence and his relentless critiques, by the conclusion of my second semester in college I had decided to pick a lane and push the pedal, that symbolized my effort through the floor. I resolved that I would outwork my peer group and I would find a way to juggle a full-time class load and a full-time job.

During my late blooming campaign to develop an “all-world” work ethic, I became confused about work. That is to say that the lines between my work and my worth began to blur. Working hard and getting results became a long-awaited and much needed source of affirmation. The harder that I worked and sacrificed, the more that I felt respected and admired.

By the grace of God, unavoidable circumstances and painful professional disappointments in my mid-forties, challenged me to rethink how I would solve for the variable of ME in the WORTH = WORK / ME equation. As a husband and father, I was never a workaholic per se, but I was certainly out of balance. I had difficulty leaving my work at the office and gauged my success or failure on the opinions of a variety of bosses and peers. On some level, I was still trying to prove something.

Many years from now, as I near the end of my life, if I am blessed, I won’t be reformatting my resume, updating my LinkedIn profile or polishing sales awards. The measure of my life will not be my professional success or material accomplishments. What appears to be so important now is actually quite temporal and will matter very little even just one year from now.

I was blessed by my mid-life epiphany. I feel fortunate to have grasped that most of what the world deems important…isn’t! Gratefully, each one of us is given a chance to mature and grow into remembering what we were never meant to forget. That is to say that most of what I considered to be important in my youth was not and the things that the younger me thought were unimportant have turned out to be some of the most important things of all!